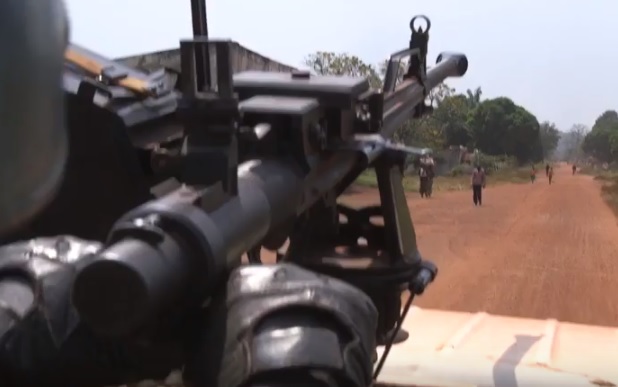 Another attack on aid workers and facilities in the Central African Republic has prompted outrage from the country’s United Nations humanitarian coordinator, who demanded that the armed groups responsible be held accountable for the consequences of violating international humanitarian law.

The statement from Najat Rochdi followed an intrusion at the Regional Hospital of Bambari on Saturday, after a similar incident in which patients and medical staff were threatened on Thursday. It followed at least 10 such cases in the month of May, which included the looting of nine humanitarian organizations as well as the National Refugee Commission (CNR).

The latest incident led to about 30 patients being removed from the hospital by family members, which interfered with their medical treatment. The population is being held hostage by the impact of clashes between unidentified groups that have escalated in the last month, Rochdi said.

“Civilian hospitals organized to give care to the wounded and sick, the infirm and maternity cases, may in no circumstances be the object of attack but shall at all times be respected and protected by the parties to the conflict,” said Rochdi, invoking internationally accepted humanitarian law and voicing concern over the deteriorating situation in CAR.

Renewed violence in the country has evolved from years of conflict between Muslim Séléka forces – Union for Peace in Central Africa (UPC) fighters come primarily from former Séléka rebel groups  – and Christian anti-Balaka militia, leaving thousands of people displaced and emptying out entire villages. There are currently 37,000 people displaced in Bambari alone, the UN said.

Humanitarian aid workers are frequent targets, including six who died serving the UNICEF children’s agency in February. There were 14 such fatalities last year, according to an IRIN investigative report published May 31. “At the beginning, rebels respected humanitarian actors,” said Lewis Alexis Mbolinani, director of JUPEDEC, a Central African NGO, in an IRIN interview.

“Now, we have become the target.”