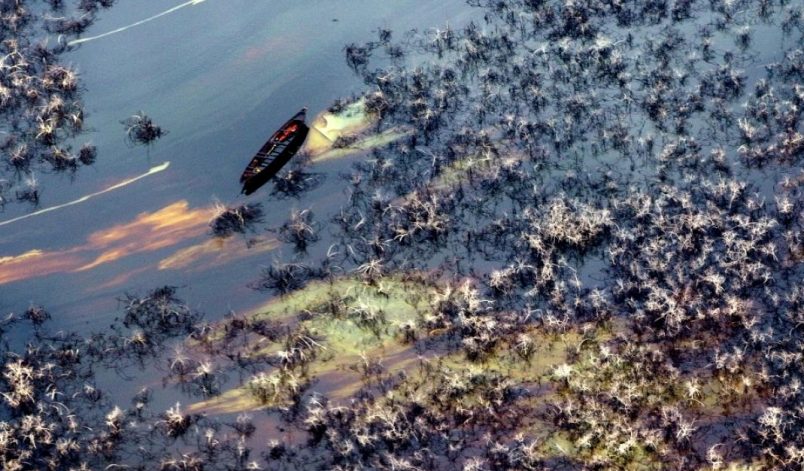 No one talked very much ahead of the fossil-fuel conference hosted by Pope Francis at the Pontifical Academy of Sciences at the Vatican this weekend: not the participants, not the Vatican, and not the University of Notre Dame in the United States, a Roman Catholic institution that co-sponsored the event. The secrecy was meant to encourage the heads of the oil majors to accept the invitation and feel more secure about attending.

The two-day event ended Saturday, and after much speculation there were about 40 senior executives who attended, according to the Vatican news service. They included representatives from ExxonMobil, Eni, BP, Royal Dutch Shell, Equinor and Pemex – among the companies with major investments and holdings in Africa’s oil- and gas-producing nations.

When Pope Francis finally delivered his remarks to the “Energy Transition and Care for our Common Home” conference, he made clear that it was the developing world, often the same countries with economies dependent on those natural resources, whose sustainable future he had in mind.

“We know that the challenges facing us are interconnected. If we are to eliminate poverty and hunger, as called for by the United Nations Sustainable Development Goals, the more than one billion people without electricity today need to gain access to it,” the pontiff said. “But that energy should also be clean, by a reduction in the systematic use of fossil fuels. Our desire to ensure energy for all must not lead to the undesired effect of a spiral of extreme climate changes due to a catastrophic rise in global temperatures, harsher environments and increased levels of poverty.”

Pope Francis praised the efforts made by the oil majors to date, but appealed for more urgency.

“Progress has indeed been made,” he said. “But is it enough? Will we turn the corner in time? No one can answer that with certainty, but with each month that passes, the challenge of energy transition becomes more pressing.”

To view the pope’s complete remarks, see this link.