Home>News>Survey: Lesotho welcomes SADC reforms, but less sure about its democracy
By AT editor - 10 June 2018 at 10:14 pm 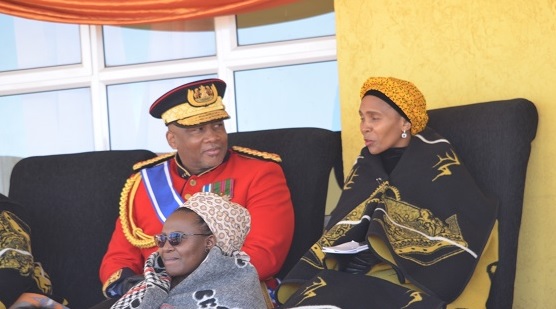 Citizens of Lesotho say they welcome the role the Southern African Development Community (SADC) has in supporting the country’s reforms and want their security forces to step back from political involvement, but they appear disillusioned about democratic elections after years of upheaval.

The findings come from polling research done by the Ghana-based Afrobarometer in December 2017, in partnership with Advision Lesotho. They spoke with 1,200 Basotho on a range of issues, to deliver results with a 3 percent margin of error.

Among the findings: Three-fourths of the small southern kingdom thinks that military and security personnel need to limit their involvement in politics. Given the history of assassinations and cycles of military loyalty to specific political leaders, it’s not a surprise that citizens would see the same problem external observers do.  A 2015 SADC report on the death of former military commander Maaparankoe Mahao stressed the need for constitutional change because the country’s defense and security roles are at the root of the political crises.

While majorities of Basotho support the SADC in assisting with security, political and electoral reforms, they’re lukewarm about elections and coalition governments. Most favor greater powers for the king, and less than half see themselves as a “full democracy” or one that works with minor problems.

Prime Minister Tom Thabane announced last month the formal start of long-delayed reforms in keeping with the SADC roadmap, and SADC peacekeeping troops remain in Lesotho since late last year. King Letsie III has called on his citizens to embrace those reforms.

To see complete results of the survey, check this Afrobarometer link.