Home>News>Farewell to West Africa's Mootoo as Amnesty pursues inquiry into death
By AT editor - 12 June 2018 at 5:39 am 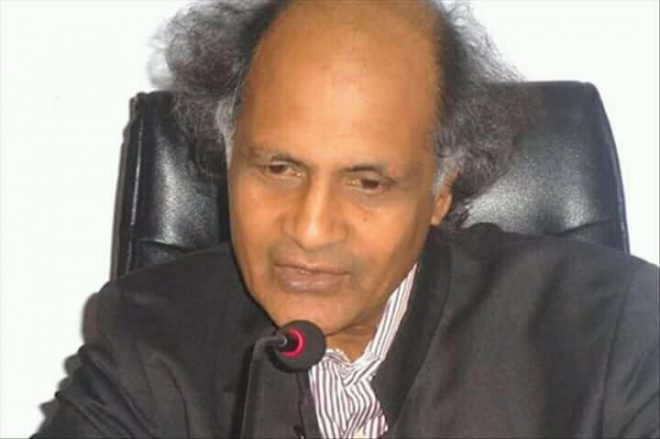 Funeral services were held Monday in Paris for Gaëtan Mootoo, a well-respected French Mauritanian researcher for Amnesty International in West Africa who died on May 25.

So many people attended the memorial at the Père Lachaise cemetery that some stood in the rain, crowded around the entrance, according to France’s Liberation.

Mootoo, 65, took his own life and was found at Amnesty headquarters in France the next day. His loss left the global human rights community he served for more than 30 years bereft and in mourning.

International human rights activists and journalists were quick to honor him with their tributes, but they also called on the Amnesty NGO to conduct a thorough investigation after it was determined through messages Mootoo left behind that his suicide was prompted by his stress and work levels.

“Amnesty International is working with the authorities as they investigate this tragic incident,” the organization said in a statement issued Friday. “We now also understand that Gaëtan left a farewell note making it clear that his decision to end his life was because he did not get the help he wanted from Amnesty International. We are devastated by this.”

Mootoo devoted his career to the cause of justice and human dignity in West Africa, with his most recent report in May focused on the plight of Sudanese refugees in Niger. Others explored human rights violations in Burkina Faso, Mali or Côte d’Ivoire, and his next trip was scheduled for Mali.

“Gaëtan Mootoo was one of the few voices in the wilderness documenting human rights abuses in Chad in the 80s,” wrote Celeste Hicks, a journalist and author of “The Trial of Hissene Habre,” a book on the country’s former dictator and his 2016 landmark conviction.

Colleagues with Amnesty and beyond have shared tributes in his honor, and extended condolences to his loved ones.

“His loss will be felt deeply by many, not least those for whom he secured freedom and justice,” the Amnesty statement said. “ No matter who you speak to about Gaëtan, you will hear the same stories about his compassion and kindness, his humanity and humility, his commitment and sensitivity to the people he served, and his deep knowledge of the West Africa region.”