Home>CUTTING EDGE>Scientists troubled over southern Africa's baobab tree loss
By AT editor - 13 June 2018 at 2:44 am 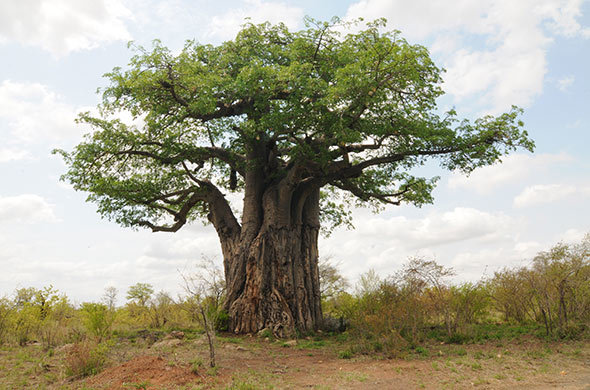 Scientists who study the baobab tree – which can live for 2,000 years or more – say some of Africa’s oldest specimens are dying off in a relatively short period of time, and climate change may be the reason.

Their research work, published in Nature Plants this week, calls attention to the troubling phenomenon.

“By using radiocarbon dating we identified the stable architectures that enable baobabs to reach large sizes and great ages,” the international team said. “We report that 9 of the 13 oldest and 5 of the 6 largest individuals have died, or at least their oldest parts/stems have collapsed and died, over the past 12 years.”

Adrian Patrut, a researcher at Babes-Bolyai University in Romania, told National Geographic and other media outlets that it’s surprising to see the colossal trees in good health and then find them fallen and dead within just a few years. “Statistically, it is practically impossible that such a high number of large old baobabs die in such a short time frame due to natural causes,” Patrut said.

The team from Romania, South Africa and the United States observed the pattern in southern African nations including Zimbabwe, Namibia, South Africa, Botswana, and Zambia. While the cause remains unclear, there is no sign of disease affecting the trees and the researchers suspect climate impacts specific to the region may be what’s changed.

The research team included Stephan Woodborne, a mass spectroscopy scientist from iThemba Labs, and paleo-environmental and radiocarbon dating specialist Grant Hall from the University of Pretoria in South Africa.