Home>News>UN chief praises Madagascar government, election decisions
By AT editor - 13 June 2018 at 4:23 am 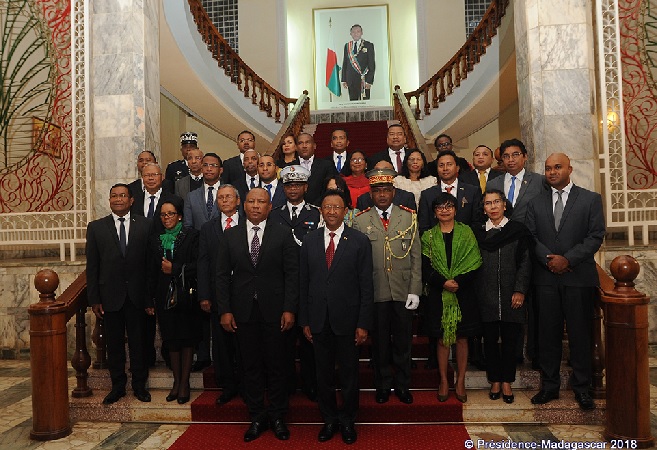 President Hery Rajaonarimampianina’s picks include Andry Rajoelina and Marc Ravalomanana, both of whom have served as presidents in the past and planned their own candidacies this year. The current president, who announced the decision in a televised speech, last week named independent politician Christian Ntsay as prime minister. Ntsay previously served in the Ravalomanana administration and has worked with international organizations including World Bank and the UN.

“The Secretary-General appeals to all political actors to strengthen dialogue in order to safeguard the gains made in consolidating peace and democracy in the country and not to compromise the progress made towards achieving sustainable development,” the statement for Guterres said.

He also reiterated the UN commitment to support credible elections in November; they have been a point of tension in Madagascar since April when new electoral policies were implemented. Opposition parties, including Rajoelina’s MAPAR and Ravalomanana’s Tiako I Madagasikara (TIM), led protests against them on the grounds that new policies prevented their candidates from running.

As Rajaonarimampianina accused the opposition of a coup attempt and security forces fired on crowds, the African Union, European Union, Southern Africa Development Community and UN all attempted mediation. Ultimately the country’s High Constitutional Court struck down some provisions of the new law, ordered the president to dissolve the government and establish a new unity government.