Home>News>France appeals for dialogue to resolve Cameroon crisis
By AT editor - 15 June 2018 at 4:12 am 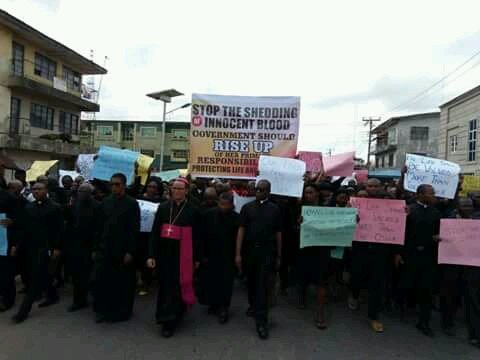 The French government on Thursday said it remains concerned about the political crisis in Cameroon, but did not announce any specific initiatives to engage in mediating the conflict between President Paul Biya’s government, and the opposition activists and separatists from its Anglophone regions.

“We are closely monitoring the situation in Cameroon, a friend and partner, and we are concerned by the tensions persisting in the English-speaking regions,” said the foreign ministry in a press briefing.

“As we have already said, we are convinced that only dialogue will make it possible to respond peacefully and in a concerted manner to the concerns of all the parties, in a way that respects the country’s unity and integrity,” the ministry said. “That is a message we are sending to the Cameroonian authorities and we are prepared, in cooperation with our international partners, to support all efforts leading in that direction.”

The response followed a question on this week’s Amnesty International report, which detailed ongoing cases of arrests, torture and extrajudicial killings. Security forces are accused of torturing nearly two dozen people in one case – minors among them – while armed separatists have attacked 42 schools and killed at least 44 members of the country’s security forces.

The United States ambassador to Cameroon accused the government last month of targeted killings, the looting and burning of villages, and detentions without due process. The African Commission on Human and Peoples’ Rights (ACHPR) has called for an independent investigation into Cameroon’s situation.

About 160,000 people have been internally displaced with 20,000 fleeing to Nigeria, according to United Nations figures. The British parliament issued a report last week describing the recent fighting in Menka as the worst to date, and urged de-escalation and dialogue for all parties.

Cameroonian officials deny any human rights violations and say dialogue will only begin when the country’s unity is the framework for moving forward.