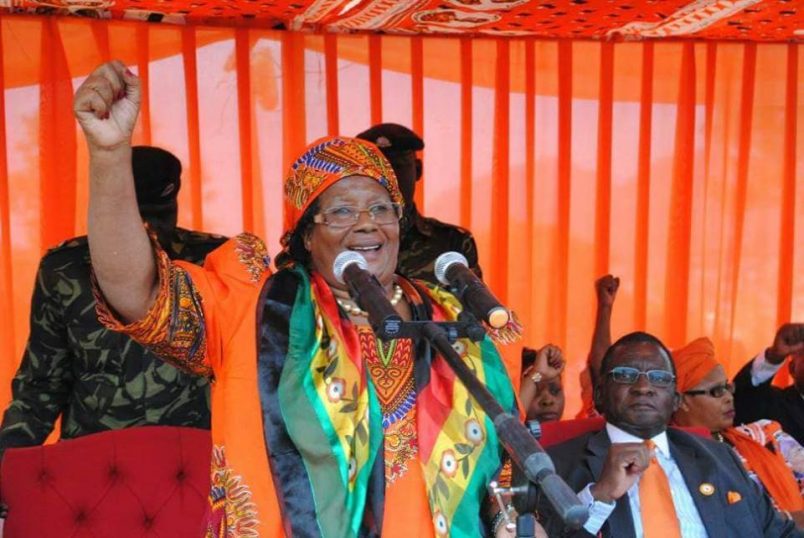 Former president of Malawi Joyce Banda plans another run at the office in the 2019 elections, if she’s elected as chairwoman of her opposition People’s Party (PP).

Banda made the announcement during a political rally Sunday in Blantyre, one of more than a dozen she has held since returning to Malawi in April after four years in exile. She promised then that she would run for party leadership, but said she wanted to check out the political climate on the ground before committing to another presidential candidacy – a possibility that party spokesman Andekuche Chantunya floated publicly back in February.

Banda left Malawi in 2014 after the presidential election went to current President Peter Mutharika, and has not returned since though she has maintained a high profile in international public policy circles.

Malawi’s national police service issued an arrest warrant for Banda last July, and announced they had found “credible evidence” of Banda’s suspected involvement in a corruption scandal that erupted during her 2012-2014 administrative tenure. The “Cashgate” saga began in 2013 with the shooting of former National Budget Director Paul Mphwiyo, which helped to unravel the $32 million fraud scandal.

Dozens of politicians, contractors and civil-service workers were charged in connection with Cashgate, some of whom have claimed Banda was fully aware of the money laundering and other financial crimes that led to the arrests, including those of cabinet-level ministers and party officials.

The Malawi Police Service said in April that the Cashgate-related arrest warrant was still valid, but Banda has not been detained or interfered with since returning. However, some analysts suspect that if she does challenge Mutharika, he may try to derail the candidacy on criminal charges stemming from Cashgate.