Home>News>Mounting concern over Mozambique extremist attacks
By AT editor - 19 June 2018 at 11:14 pm 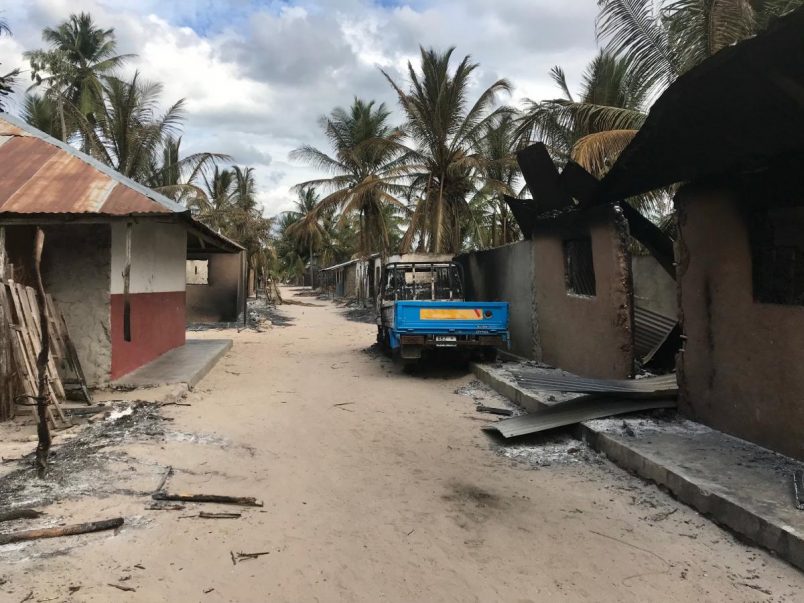 Attacks by armed groups in Mozambique’s northern province of Cabo Delgado have killed at least 39 people and displaced more than 1,000 since May, according to a new report from Human Rights Watch.

More than 400 homes have been burned down in the past two weeks, displacing people in three different districts. At least one of those attacks was believed to be the work of Al-Sunna wa Jama’a, also known as Al-Shabab but with no known link to the Somali group. The most recent attack was last week in the village of Nathuko, where witnesses say 100 homes were burned and at least one person beheaded.

The wave of violence began in October 2017, HRW said, when suspected armed Islamists attacked a string of police stations in the Mocimboa da Praia district. Authorities responded, with the military emptying villages and shutting down mosques while detaining more than 300 people without charge.

Soldiers told HRW researchers earlier this month that they’ve detained at least 200 people suspected of having links to the Islamist groups since April in and around Mucojo. The researchers witnessed dozens of families fleeing that community, after the burning of houses and a mosque whose leader was beheaded inside.

Security forces have expressed frustration over ensuring due process for suspected extremists as recommended by state legal authorities.  HRW said Mozambican authorities have a responsibility to investigate the incidents and protect citizens, but also to honor human rights law on those in custody.

To view the full report, check this link.