Home>News>Doctors Without Borders responds to BBC report on sexual misconduct
By AT editor - 22 June 2018 at 6:40 am 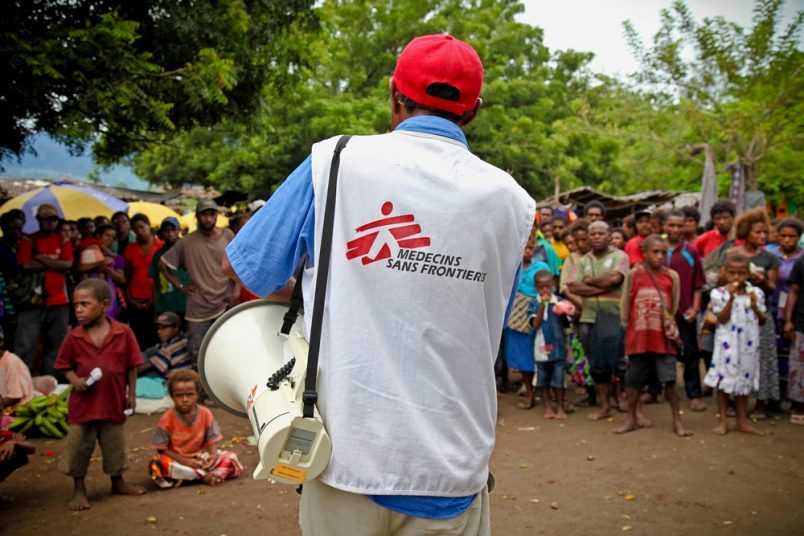 The global NGO Doctors Without Borders (MSF) has issued a statement saying it has been unable to confirm allegations that its logistics staff members working in Africa were commonly engaged in sexual misconduct, but takes the allegations seriously.

The response Thursday followed a BBC report featuring interviews with former employees who said the practice was commonplace among men who “took advantage of their exalted status as a Western aid worker” to exploit women, many of them described as very young.

In one case, a whistleblower’s male colleague allegedly boasted how easy it was to barter medication for sex with young girls in Liberia during the Ebola crisis.

The BBC said it could not confirm that incident, and MSF said it had similar difficulties.

“We know that MSF is not immune to these issues and we take any reports seriously. We have mechanisms in place to prevent, detect and address staff misconduct,” the organization said in its statement. “We have looked into the claims put to us by the BBC as far as we are able, but the lack of detail provided has made this difficult. Based on the information provided, we have been unable to confirm the specific allegations made in the BBC report.”

The organization does not tolerate abuse, harassment or exploitation, it said, and encouraged people to report incidents.

“We welcome the current scrutiny as this is what enables change in and beyond MSF,” the medical NGO said. “While we have reporting mechanisms in place where complaints can be made, we know we need to do more to ensure that they are known, trusted and used by the people who need them.”