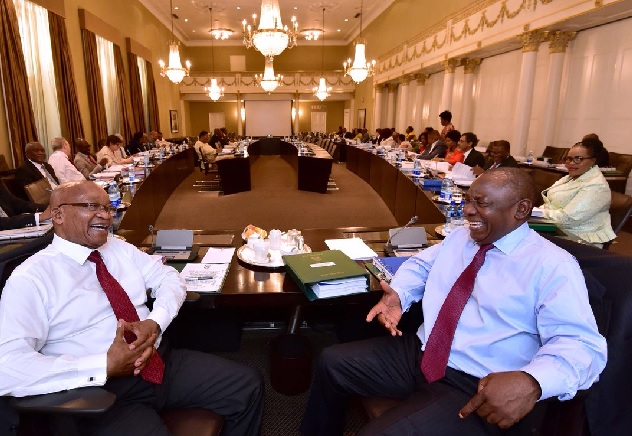 The Democratic Alliance (DA) party in South Africa balks at the idea of taxpayers continuing to foot the legal bill for former President Jacob Zuma, and has asked President Cyril Ramaphosa to reconsider his decision to do so.

“In March, the DA filed papers with the North Gauteng High Court asking that the agreement between the Presidency and Jacob Zuma, to cover the legal costs incurred by him for his criminal prosecution be reviewed, declared invalid and set aside,” the DA said in a statement. “We have also requested that the court order that the R15.3 million already spent on past criminal and civil proceedings, be refunded.”

The DA says Ramaphosa appears to be backtracking on his agreement to do so.

National Director of Public Prosecutions (NDPP) Shaun Abrahams reinstated the 16 charges earlier this year. They were originally filed against Zuma in 2009, after he was implicated in a USD$2.5 billion arms deal dating to the 1990s through a former financial advisor who was subsequently jailed when Zuma was deputy president.

He faces charges of fraud, corruption, racketeering and money laundering. Zuma called for the charges to be dropped earlier this month because he insists he did nothing wrong.

The South African Supreme Court upheld a decision to reinstate the charges last year, despite Zuma’s appeal amid an entirely new high-profile corruption investigation tied to the Gupta family, and detailed in the 2016 “State of Capture” report issued by Public Protector Busisiwe Mkhwebane.