Home>ENERGY & COMMODITIES>OPEC welcomes Congo Brazzaville as newest member
By AT editor - 23 June 2018 at 5:55 am 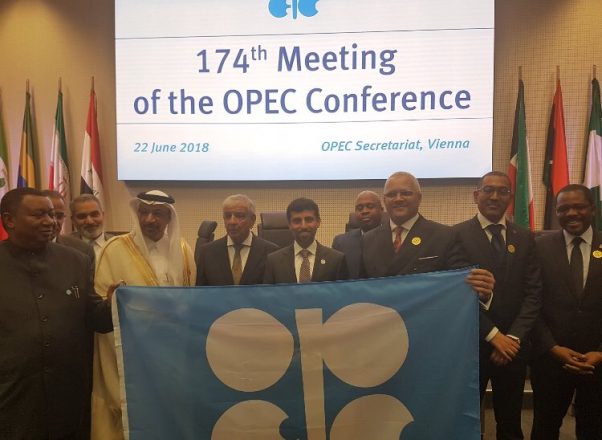 The central African nation of Congo Brazzaville has become the newest member of the Organization of the Petroleum Exporting Countries (OPEC), following the conclusion of the OPEC member meeting in Vienna on Friday.

It is now the 15th nation to become a member, seven of them on the continent.

The decision was welcomed by Congo’s Jean Marc Thystère-Tchicaya and his ministerial counterparts in energy and mining from Equatorial Guinea, Gabon and other OPEC member states. Nigeria championed the Congo Brazzaville accession as the nation, led by President Denis Sassou Nguesso, announced in January its intention to join the oil cartel.

“The Conference considered Congo’s request to join the organization and decided to approve its admission with immediate effect,” OPEC said in a statement.

The announcement came during a meeting that saw OPEC members agree to up production in July.

“The Conference noted that the oil market situation has further improved over the past six months, with the global economy remaining strong, oil demand relatively robust, albeit with some uncertainties, and with the market rebalancing evidently continuing,” OPEC said. “Moreover, the return of more stability and more optimism to the industry has been welcomed by all stakeholders.”

Congo currently produces 280,000 barrels per day, with an anticipated 25 percent increase in coming years. It is expected to become the third-largest producer in Africa, up from fourth.