Home>News>Mnangagwa escapes injury in blast at Zanu PF campaign rally
By AT editor - 24 June 2018 at 5:37 am 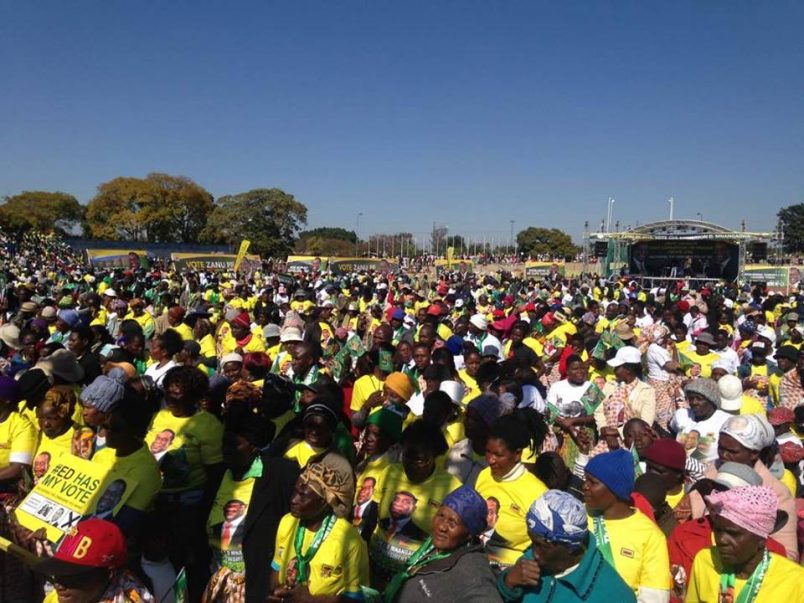 An explosion during a political rally in Zimbabwe has been called an assassination attempt on President Emmerson Mnangagwa, who narrowly escaped injury after speaking to Zanu PF party supporters.

The grenade-like blast came as Mnangagwa was leaving the platform at White City Stadium. At least eight other people were injured, including Vice Presidents Kembo Mohadi and Constantino Chiwenga. Chiwenga’s wife also was hurt.

“This afternoon, as we were leaving a wonderful rally in Bulawayo, there was an explosion on the stage,” Mnangagwa said in a statement. “Several people were affected by the blast, and I have already been to visit them in the hospital. While we await further information, my thoughts and prayers are with all those affected by this senseless act of violence.”

The attack comes as Zimbabwe moves toward general elections on July 30, with Mnangagwa – sworn into office upon the departure of Robert Mugabe in November – facing key opposition candidate Nelson Chamisa of the Movement for Democratic Change (MDC) alliance. Chamisa, holding his own rallies in Silobela and Redcliff, immediately condemned the attack.

“Our prayers go out to the injured and we hope no lives have been lost. Violence must have no place in our politics,” he said. Both the British and United States embassies issued similar messages, and the attack was condemned by African leaders including President Uhuru Kenyatta of Kenya.

No one has claimed responsibility for the explosion.

Ironically, Mnangagwa referred in his rally speech to a conversation with Mugabe after he was fired as his vice president, a pivotal decision that led to Zimbabwe’s military takeover and Mugabe’s departure.

“I told him that the people surrounding him wanted me dead,” Mnangagwa said.