Home>News>Amnesty calls on Malawi to ensure justice for albino victims
By AT editor - 28 June 2018 at 8:09 pm 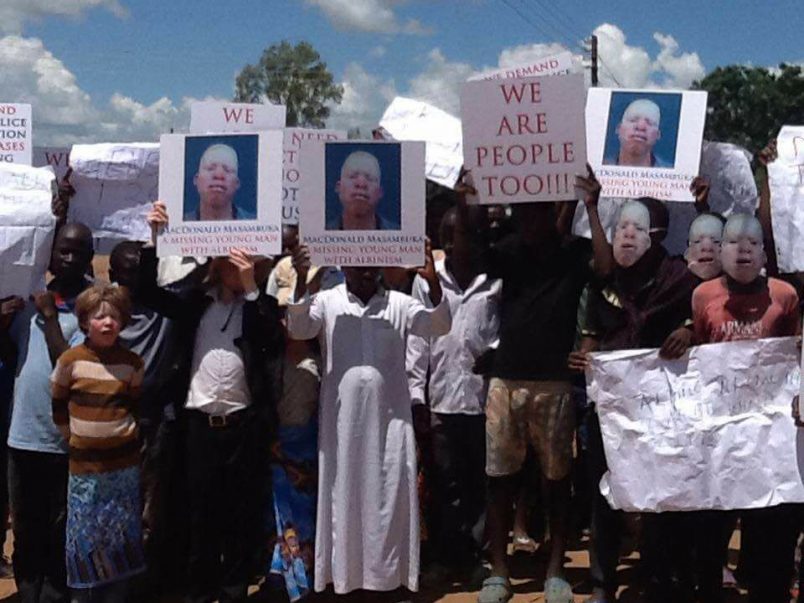 Amnesty International has called on authorities in Malawi to ensure justice for victims targeted because they are albinos, a practice that has claimed the lives of 21 people since 2014 and amounts to nearly 150 total cases.

The attacks against people with albinism are fueled by stereotypical beliefs that their body parts bring wealth and good luck. Malawi – along with Mozambique, Democratic Republic of Congo, South Africa, Swaziland and Tanzania – is identified with the markets for the cross-border trade in body parts.

“People with albinism deserve to see justice for these vile, hateful crimes against them. That it takes so long for cases to be investigated or heard in court is a sobering indictment of the systematic failures in Malawi’s criminal justice system,” said Deprose Muchena, Amnesty International’s Regional Director for Southern Africa.

In a report issued Thursday, Amnesty found that people with albinism face long delays in getting justice. Only 30 percent of the 148 reported cases against people with albinism have been concluded, according to statistics from the Malawi Police Service and the Ministry of Justice and Constitutional Affairs.

One murder and one attempted murder case have been successfully prosecuted, and even the police raised concerns about the process problems in securing justice. A lack of financial resources and training contribute to the failure.

The current population of people with albinism in Malawi is estimated at between 7,000 and 10,000, representing a ratio of 1 in every 1,800 persons.

The report comes as the Association of People with Albinism in Malawi (APAM) announces that six albino candidates will run for office in 2019, to dispel the myths and better protect people with the condition.