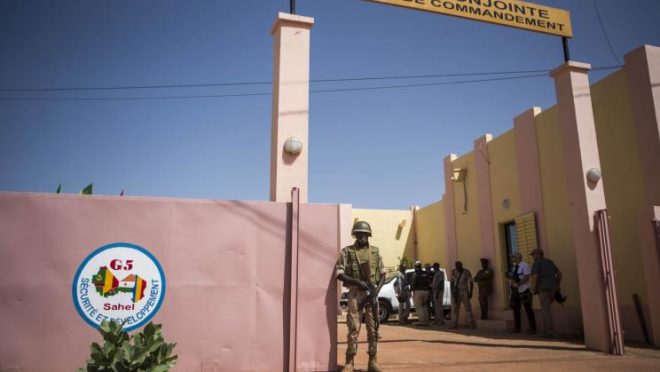 The al Qaeda-affiliated militant group JNIM (Group for the Support of Islam and Muslims) has claimed responsibility for Friday’s attack in Sévaré, in a statement released to Mauritanian media outlet Al Akhbar. The bombing was carried out in a vehicle with United Nations colors and markings.

“This cowardly attack will not deter us from our goal,” said Malian President Ibrahim Boubacar Keïta, during a visit to the headquarters on Saturday. He vowed to pursue the terrorists to the end.

In a separate statement, the UN Security Council also condemned the attack and underscored the need to bring those responsible for terrorism to justice.

The Security Council “welcomed the continued determination of the G5 Sahel States to unite their efforts to address the impact of terrorism and transnational organized crime in the Sahel region,” including through the development of the G5 Sahel force.

They also expressed concern over the deterioration of the security situation in the Sahel region.

Four people have been arrested in the incident, the AFP reports.

The Mali attack comes as the nation prepares for elections at the end of July. The UN Security Council on Thursday extended the UN mission in Mali, MINUSMA, through June 2019 but made clear the expectation of improved progress on security and its priority following the election.