Home>News>South Sudan rivals trade accusations over ceasefire violation
By AT editor - 1 July 2018 at 4:04 am 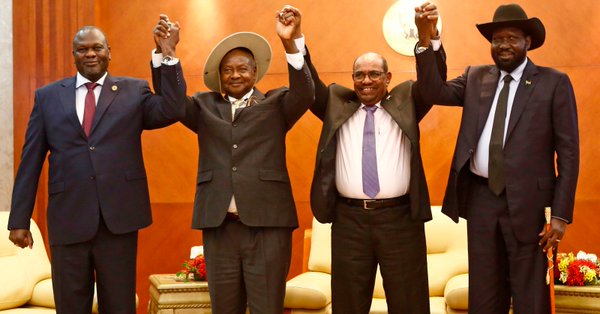 The opposing factions in South Sudan’s civil war traded accusations on Saturday over violations of a ceasefire agreement that was supposed to be in force beginning at midnight.

The spokesman for the SPLA IO said government forces working with militia groups launched an attack against the opposition in Wau state at about 7 a.m. “This happened just hours after the ceasefire took effect, said Col. Lam Paul Gabriel in the statement. “The fight is still ongoing as I write.”

The SPLA IO called for an investigation into the attack, even as the government denied responsibility and accused the rebel forces of launching strikes against the South Sudanese military in the Liech states, Northern Upper Nile and Yei River.

On Friday, the SPLA IO issued a statement saying its forces would abide by the agreement signed by their leader, Riek Machar, and South Sudanese Salva Kiir. “The SPLA IO forces all over South Sudan are therefore, directed to cease all hostilities, provide safe passage to civilians and NGOS and only act on self-defense when attacked by external force,” the statement said.

The agreement was signed in Khartoum, following meetings between Machar and Kiir there and previously in Addis Ababa. 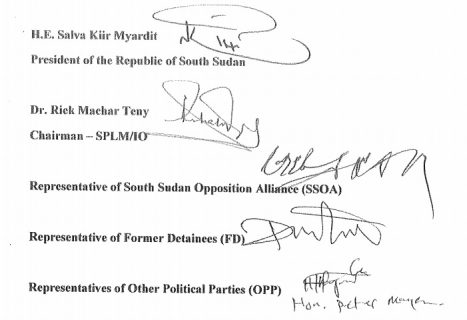 The ceasefire is based on a previous Cessation of Hostilities agreement signed in December but never successfully implemented. While the new agreement did not resolve all of the political differences between the parties, including Machar’s role in the future, it was expected that continued negotiations will lead to final decisions on power sharing, military unification and other issues.