Home>News>In Nigeria, Macron commits to security and economic initiatives
By AT editor - 5 July 2018 at 1:03 am 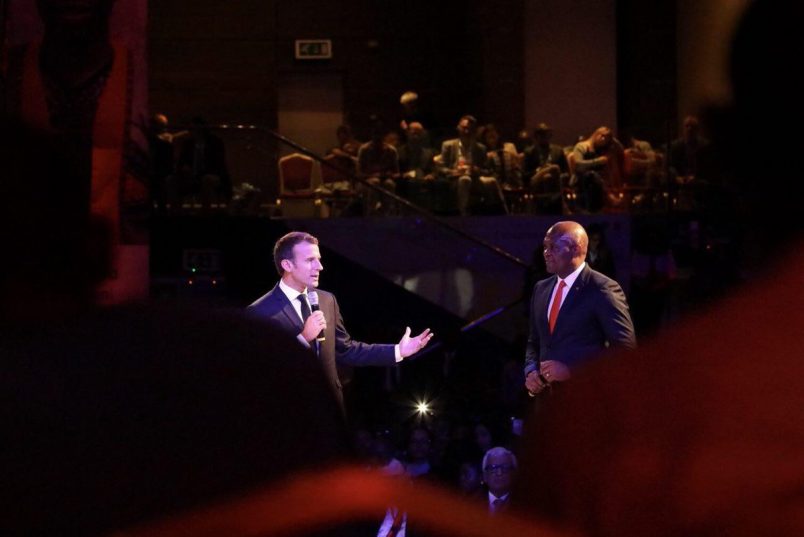 French President Emmanuel Macron met with Nigerian entrepreneurs and business leaders on Wednesday, as he completes an African tour that included a stop in Mauritania to see African Union summit participants before heading on to Abuja and Lagos.

Macron, who has made frequent visits to North and West Africa since his May 2017 election, again emphasized opportunity for African youth while wrestling with the European migration question. In Nigeria, however, security was the focus as he appeared with President Muhammadu Buhari in a joint press conference where he assured the latter of France’s continued support.

“We first talked about security and the security challenge that Nigeria, particularly in the North and Northeast, faces, with the presence of Boko Haram and the fight against terrorism,” Macron said, noting the country’s partnership with Niger, Chad and Cameroon in targeting extremists.

“We support the Nigerian military and its partners in the Lake Chad Basin, particularly in intelligence matters, and we call on the four countries concerned to further advance the defense and stabilization efforts in this region,” he said.

Macron said he hopes the cooperation between West African nations and the G5 Sahel force – which includes Niger and Chad – will be strengthened. “We have also decided to invest in stabilization in the region, to support, as we do in the G5 Sahel, the fight against terrorism stabilization efforts,” he added.

Macron said France is committing USD$75 million for a water management project in Kano, and plans investment in a $200 million urban transit project in Lagos, while launching a private-sector finance program for energy efficiency and renewable energy projects.