Home>News>Sierra Leone cracks down on corruption, APC officials arrested
By AT editor - 6 July 2018 at 2:23 am 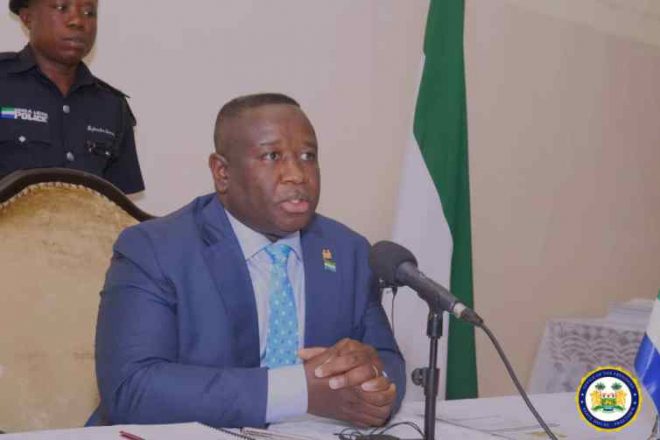 Despite claims that the arrests are politically motivated, Maada Bio – the Sierra Leone People’s Party candidate elected in a disputed contest in May – has said the level of corruption in the West African nation is so severe that it presents a national security threat that could destroy the nation.

Maada Bio, fresh from an African Union Summit in Mauritania with fighting corruption as its theme, made the remarks during this week’s launch of the Governance Transition Team Report in Freetown.

The report was completed by a 13-member team of experts tasked with assessing the state of Sierra Leone’s government affairs, but has been labeled a witch hunt by the All Peoples Congress (APC) party.

“An astonishing level of fiscal indiscipline and rampant corruption by the former APC Government of President Ernest Koroma had led to the near-collapse of Sierra Leone’s economy by the time the Government of President Julius Maada Bio was sworn into office,” said David John Francis, chair of the transition team, as he discussed the report’s executive summary this week.

The numbers, including liabilities of USD$3.7 billion at the end of March 2018 and $263 million in “bloated salaries” and other government employee compensation, have contributed to Sierra Leone’s financial straits. That includes suspension of International Monetary Fund support in 2017.

The report suggests a commission of inquiry to assist in recovering all stolen wealth, inappropriate conversion of state funds and other assets by officials of the APC Government. It calls for former officials, such as Foh and Minkailu, to submit to inquiries of “unexplained wealth” tied to their tenures in office and recommends prosecution where appropriate.

A copy of the Governance Transition Team report is available here.