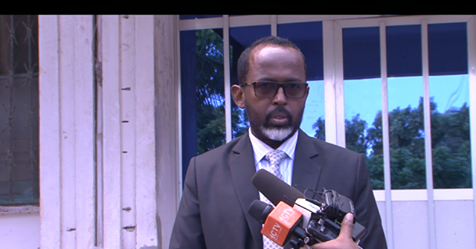 The death toll in Saturday’s bombing attacks in downtown Mogadishu, which targeted the complex where the country’s ministries of interior and security are housed, has risen to 13.

More than 21 people were injured, many of them seriously, according to local news outlets who reported the initial car bomb blast was followed by gunfire and a second explosion. Many workers remained trapped in the buildings during the incident.

The complex is near Somalia’s parliament headquarters and Villa Somalia, the working residence of President Mohamed Farmaajo. It is protected by a security checkpoint; most of those killed were guards and staff members at the site.

Somali Minister of Information Dahir Muhammad Gelle told journalists that security forces killed all of the attackers after a gunfight that lasted hours. Al-Shabaab claimed responsibility for the incident.

Gelle and local elected officials later visited the wounded at a Mogadishu hospital, where some remained in critical condition.

Mogadishu has remained under tight security in recent months, but Garowe Online reports that al-Shabaab members used military uniforms and ministry identity cards to enter the complex. The city is a frequent target of attacks from extremists holding territory in other regions of Somalia.

A terrorist attack in a residential neighborhood of Mogadishu last weekend claimed at least five lives, including children, according to a statement from AMISOM, the African Union-led security force. It coincided with Somalia’s independence day celebrations.