Home>African Future>Study: Radiocarbon dating finds illegal ivory in EU markets
By AT editor - 11 July 2018 at 5:43 am 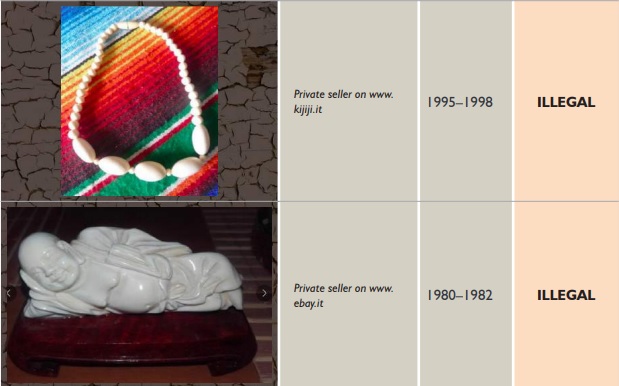 A scientific study of ivory traded by dealers across Europe proves that the sales are illegal, according to the activist groups that released the study Tuesday.

Avaaz, working with the Elephant Action League, purchased 109 pieces of ivory in 10 countries across Europe in an attempt to demonstrate to European officials that there is, in fact, scientific evidence to prove that some ivory sold by antique shops, private owners and online is on the market illegally.

The study team sent the pieces to Oxford University’s radiocarbon laboratory to have it dated. That’s because in the European Union, it is legal to sell worked ivory before a 1947 date cutoff, and there is an outright ban on new ivory after 1990. Pieces dated in between require a certificate.

Yet that was not true of the pieces they bought, even though they were marketed as legally antique or no date was listed. In Bulgaria, Spain, and Italy, all the pieces tested were illegal, and in France, the Netherlands, and Portugal, the large majority were illegal, according to their dating.

“The results show when the ivory grew on a living elephant,” the researchers said, “which means the ivory in this study is likely to have come from elephants killed years, even decades, after the dates shown.”

One in five pieces of ivory tested are from elephants that were alive in the 1990s and 2000s, and killed after the global trade in new elephant ivory was outlawed.

The European Commission is currently reviewing whether EU restrictions on the ivory trade go far enough, and the study authors say their results prove that EU laws are full of loopholes that do not go far enough in protecting elephants.

To view the Avaaz report, see this link.