Home>News>Trump: Africa is vicious and violent, immigration is taking over Europe
By AT editor - 12 July 2018 at 3:59 pm 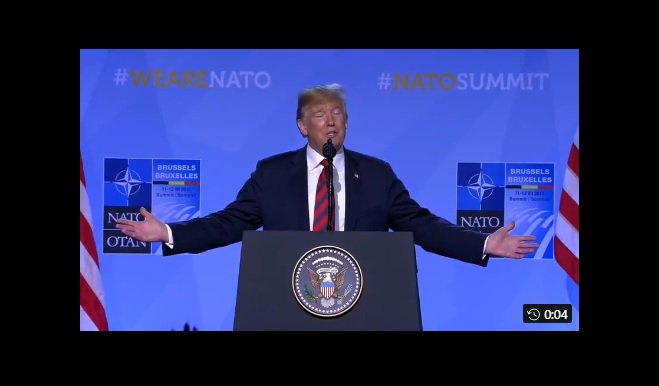 United States President Donald Trump described the African continent as “vicious and violent” on Thursday, as he explained that Africa remains a high U.S. security priority during remarks made at a press conference at the NATO summit in Brussels.

“Africa right now has got problems like few people would even understand,” Trump said in response to a question from Tunisian media. “They have things going on there that nobody could believe in this room. If you saw some of the things that I see through intelligence, what’s going on in Africa, it is so sad. It’s so vicious and violent, and we want peace for Africa.”

Trump, speaking alongside U.S. Secretary of State Mike Pompeo, also warned that “immigration is taking over Europe and they better be very, very careful.” He added that he won the U.S. presidency in part because of his strong stance on immigration.

Trump has come under scrutiny for comments on Africa and Africans in the past.

Trump backed away from threats the U.S. would leave NATO if European nations, notably Germany, refused to increase their financial contributions to defense. He said he could remove the U.S. from “unfair” NATO agreements but didn’t think it would be necessary.

NATO partners agreed to meet a defense spending threshold based on national GDP. French President Emmanuel Macron, however, said there had been no seismic shift among European NATO partners who have committed to meet the 2 percent threshold by 2024.