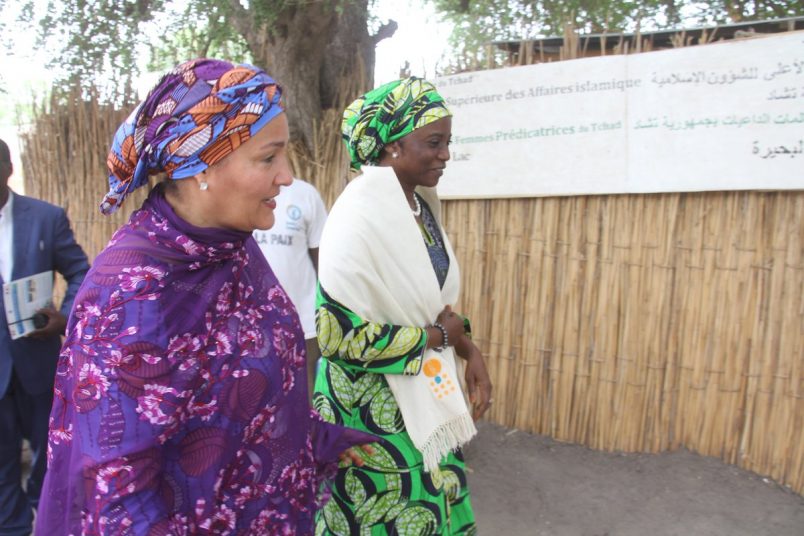 Climate change is “inextricably linked to some of the most pressing security challenges of our time,” said Nigerian Amina Mohammed, the United Nations deputy secretary-general, during remarks made to the UN Security Council on Wednesday.

During the last 18 months, the Security Council has recognized the adverse effects of climate change on stability in several geographical areas across West Africa, the Sahel and the Horn of Africa.

The council debate focused on climate conditions, including land use and access to food and water, in driving conflict across the globe, with Mohammed describing the Lake Chad region. She visited the region last week with African Union staff and the Minister for Foreign Affairs of Sweden, Ms. Margot Wallström, whose nation chaired the Security Council meeting.

“The drastic shrinking of Lake Chad by more than 90 percent since the 1960s has led to environmental degradation, socioeconomic marginalization and insecurity affecting 45 million people,” said Mohammed. “Exacerbated competition over scant resources and the vicious cycle of risk and vulnerability have decreased the resilience of populations to cope with humanitarian crises.”

That’s left people, especially the young, open to the risk of violent extremism and has provided a breeding ground for recruitment by groups such as Boko Haram, she said. More than 10 million people have been displaced across Nigeria, Cameroon, Chad and Niger.

“Fragile countries are in danger of becoming stuck in a cycle of conflict and climate disaster,” she warned. “Action on climate change is urgent and an integral part of building a culture of prevention and ensuring peace.”