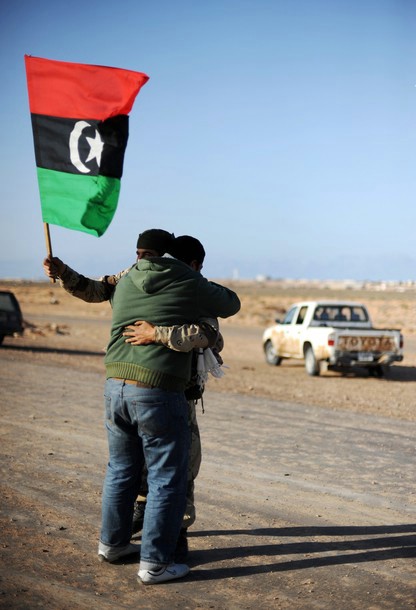 General Khalifa Haftar’s Libyan National Army (LNA) has recaptured Derna, the last bastion of Islamist forces in the country’s east. The victory is not only an important strategic breakthrough in Haftar’s four-year-long campaign to rid Libya of extremist militias, but also carries important symbolic value: Derna, after all, was the first Libyan city in which the Islamic State (IS) established a foothold in 2014.

The military momentum and popular support building behind the LNA’s campaign strikes a marked contrast with the ineffectual U.N.-backed government in Tripoli, the so-called ‘Government of National Accord’ (GNA). The GNA’s inability to stabilize Libya’s western half has left veterans of the revolution against Gaddafi bitterly disillusioned and Tripoli itself a war zone between rival militias.

Despite its U.N. backing, the GNA’s failure over the past three years to provide public services, to unify the country’s institutions or to assemble an army capable of ensuring the security of its citizens has thrown Libyans in the lurch and in search of somebody up to the task of halting the country’s slide into chaos.

Many Libyans hope that Haftar, a fixture of Libyan politics for 40 years, is that someone. In an extremely fractured country, the LNA he commands has emerged as the best equipped and most powerful military force in Libya. As the LNA has clawed back territory from extremist fighters and re-established some sense of order in the areas it controls, it’s increasingly becoming a potent political force as well. A 2017 poll indicated that 68% of Libyans had confidence in the LNA, compared with a paltry 15% who have confidence in the GNA—even in Tripoli, the government’s stronghold.

The main reason for this discrepancy is that the country’s west has sunk into ever deeper chaos since the GNA took power. 69% of Libyans believe that the political situation in Libya has deteriorated since 2015. Well over 70% of citizens confirm this downward trend in every region save the East, where the LNA has been waging its relentless battle against extremists, termed “Operation Dignity”, since 2014.

Though Haftar has undeniable military clout at the head of the LNA, he has also shown a certain amount of political acumen. Answering Libyan and outside critics of his commitment to the democratic process, his participation in Emmanuel Macron’s May peace conference pointed to a willingness to engage in elections as soon as is feasible. When asked in an interview with CNBC about his designs for government, he replied: “the Libyan people will decide.” He added a thought that has been on the minds of most Libyans for years: “The main goal, the most important goal here is the stability of the country.”

Haftar’s insistence on stabilizing the country, before addressing the details of its future government, is a reflection of both his military background and the gruesome reality on the ground. In an interview with the Italian newspaper Corriere della Sera, Haftar emphasized that Libya remains in a state of war and that security issues remain paramount.

This frank ranking of priorities has earned Haftar some criticism from international observers pushing for an immediate transition to democracy. Polls suggest, however, that most Libyans are thinking along the same lines as Haftar. 45% of the country believes that military leadership is best positioned to lead Libya out of its present crisis, compared with just 5% who believe the GNA is capable of steadying the nation. A full 63% of the population identified the ability to restore stability as one of the most essential qualities in a leader.

What role for the West?

Through its lack of progress and incompetence, the GNA has lost the confidence of Libya’s citizens. To understand why, one has but to look at the state of affairs in the capital city of Tripoli. Despite the GNA supposedly having the city under its control, Tripoli’s residents suffer through frequent power cuts, long queues for bread and cash, and are even forced to drill through pavements to access water. Any unbiased observer would recognize that the GNA is a horse that needs to be put out to pasture, not kept in the race.

A coordinated Western approach to Libya’s enduring crisis would do a great deal to remove much of the confusion plaguing Libyan political life. True to form, the Western powers have instead intervened to promote their own interests while occasionally positioning themselves as supposed saviours. The Libyan revolution was championed as “David Cameron’s war on Libya”, while the people of Benghazi, who actually authored the uprising, were relegated to a side note. Credit for the fall of Gaddafi among international audiences is largely attributed to the NATO operation, while Western media scarcely mentions how the people of Misrata held off the infamous 32nd brigade for two months before NATO showed up.

Having invested political capital in the GNA, Western leaders are reticent to acknowledge its failings. Determined to stand by the solution they orchestrated, they refuse to recognise that Haftar might provide an alternative more in line with what a majority of Libyans need – and want.