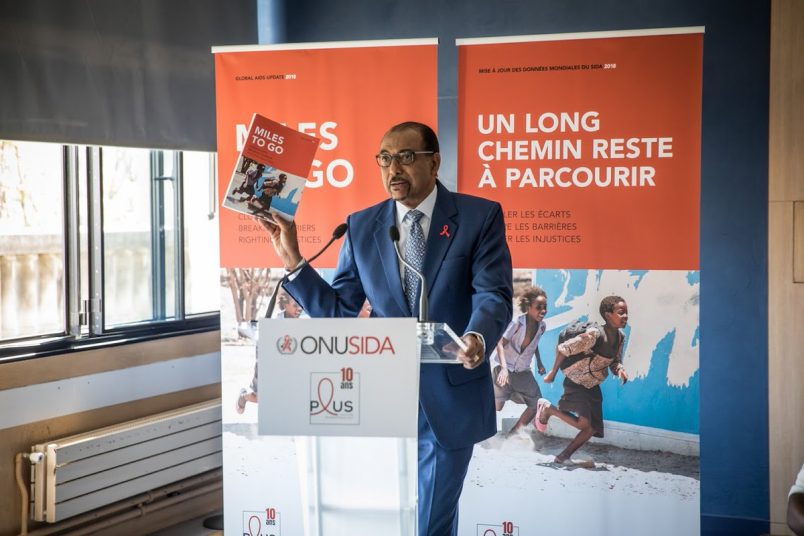 A new report from UNAIDS warns that HIV infections are on the rise in nearly 50 countries, with West and Central Africa lagging behind on reducing infection rates and securing access to treatment.

“We are sounding the alarm,” said Michel Sidibé, executive director of UNAIDS. “Entire regions are falling behind, the huge gains we made for children are not being sustained, women are still most affected, resources are still not matching political commitments and key populations continue to be ignored. All these elements are halting progress and urgently need to be addressed head-on.”

Only half of all children living with HIV are getting treatment, and the mother-to-child transmission rate from birth or breastfeeding stood at 180,000 globally in 2017. That’s nowhere near the 2020 target of just 40,000.

Overall, global new HIV infections have declined by just 18 percent in the past seven years, from 2.2 million in 2010 to 1.8 million in 2017. That’s good news for eastern and southern Africa, which have seen the greatest regional improvement with a 30 percent reduction since 2010. At the same time, a trend in increased HIV infection rates continues across North Africa.

At 51 percent, Nigeria has more than half of the HIV burden in the hard-hit western African region and there has been little progress in reducing new HIV infections in recent years, the UNAIDS report said. AIDS-related deaths have dropped across western and central regions by 24 percent since 2010, but that’s compared with the 42 percent decline in the south and east regions.

The “Miles to go—closing gaps, breaking barriers, righting injustices” report calls for immediate action if countries are to achieve their 2020 goals. It is available at the link.