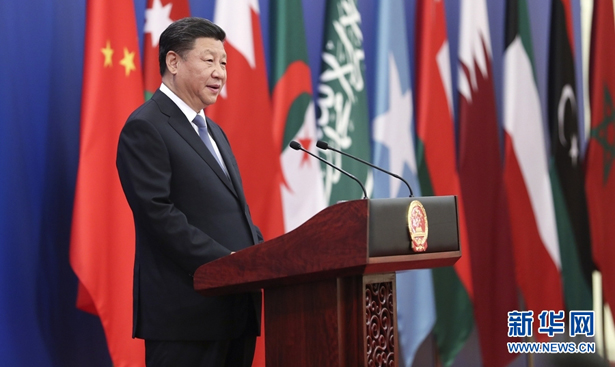 President Xi Jinping of China begins Thursday a trip that will bring him to Senegal and Rwanda for state visits, before he heads to South Africa and the BRICS Summit in Johannesburg.

“The visits will promote the further deepening of political mutual trust, mutual development assistance, mutual learning on each other’s concepts between China and Africa and the building of a closer China-Africa community of common destiny,” said China’s Ministry of Foreign Affairs (MFA).

Xi begins his tour in the United Arab Emirates before heading for Senegal. There, the Chinese leader will meet with President Macky Sall to deepen cooperation between the two governments ahead of the Forum on China-Africa Cooperation (FOCAC) to be held in September in Beijing. It will be the first time he visits a West African nation, the MFA said.

It will also be Xi’s first visit to Rwanda, and the first by a Chinese president, as he meets with President Paul Kagame. “They will jointly witness the signing of a series of cooperation agreements to elevate China-Rwanda practical cooperation to new highs,” the Chinese MFA said in a statement.

In South Africa, Xi will hold talks with President Cyril Ramaphosa before attending a celebration marking the 20th anniversary of the establishment of China-South Africa diplomatic relations. He will stay in Johannesburg for the BRICS meetings, which begin on Wednesday.

“We look forward to strengthening cooperation among the five countries,” Beijing said, in what it describes as a “new industrial revolution among the BRICS countries.”

Xi also will meet with Prime Minister Pravind Kumar Jugnauth in Mauritius on his return trip from the summit.