Home>News>Togo opposition remains firm on Gnassingbé as ECOWAS team visits
By AT editor - 19 July 2018 at 10:55 pm 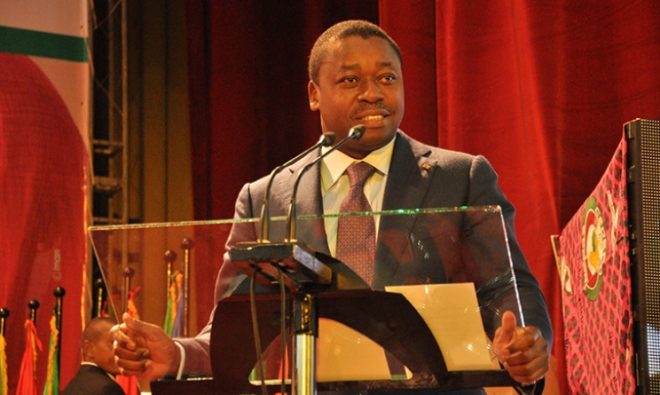 With the news this week that the 76-year-old President Alassane Ouattara won’t seek a controversial third term in Côte d’Ivoire – he’ll head up a new coalition party for a 2020 transition instead – some in neighboring Togo wonder if their own leader will take the hint that it’s time to go.

President Faure Gnassingbé has led the Togolese since 2005, but has faced calls to step down for more than a year as protesters have taken to the streets. The frequently violent marches and clashes forced the government and its ruling Union for the Republic (UNIR) party to hold national political dialogues but they’ve failed to bring about any consensus on political change.

This week, facilitators with the regional Economic Community of West African States (ECOWAS) body are continuing the organization’s role in mediating the crisis with meetings in Lomé. On Thursday, a team led by General Francis Behanzin of Benin met with the C-14, a coalition of Togo’s opposition parties demanding the departure of Gnassingbé along with constitutional term limits.

The opposition also wants all prisoners who were detained during the political demonstrations to be released in keeping with an ECOWAS recommendation made last month. Gnassingbé issued a presidential pardon for seven of them on Monday, while another 12 were released on bail, in what the government said is a good-faith effort toward ending the political impasse.

Opposition leaders say there are still dozens who remain in custody.

Behanzin remained optimistic about the ECOWAS mediation process, he said, and confident that the Togolese people want an end to the political crisis.