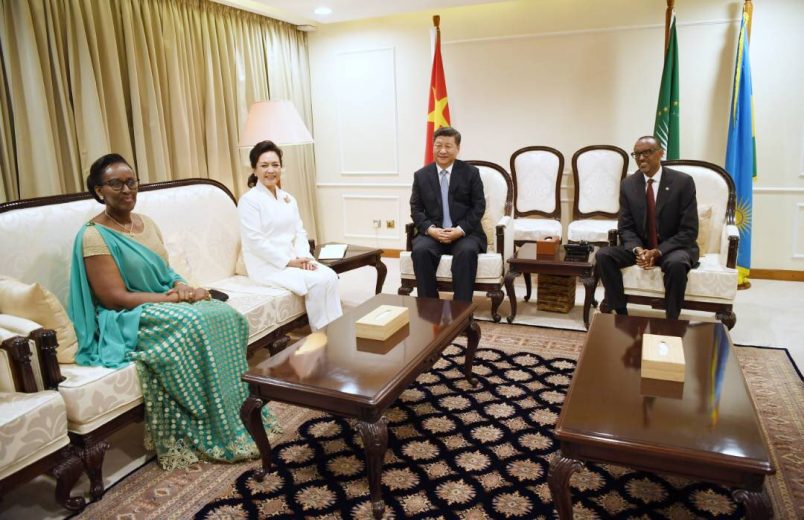 Chinese President Xi Jinping and First Lady Peng Liyuan have arrived in Rwanda for a two-day state visit, where they were received by President Paul Kagame and the Rwandan First Lady, Jeannette Kagame.

The visit to Rwanda is the first for a Chinese president, and underscores the growing influence of Beijing on the continent. China is already the continent’s largest trading partner, and continues to build on established ties with rapidly developing nations at a time when Western influence, particularly that of the United States, is under pressure.

“They will jointly witness the signing of a series of cooperation agreements to elevate China-Rwanda practical cooperation to new highs,” the Chinese MFA said in a statement on the Rwanda visit.

Xi’s stop followed a weekend visit to Senegal, where his meetings with President Macky Sall focused on bilateral cooperation agreements. They include a memorandum of mutual legal assistance in criminal matters and an extradition treaty, an economic and technical cooperation agreement, and a human resources development agreement, the APA reported. The agreements also cover infrastructure development and civil aviation.

Xi will move on to South Africa next, where he will hold talks with President Cyril Ramaphosa before attending a celebration marking the 20th anniversary of the establishment of China-South Africa diplomatic relations. He will stay in Johannesburg for the BRICS meetings, which begin on Wednesday.

Xi also will meet with Prime Minister Pravind Kumar Jugnauth in Mauritius on his return trip from the summit.