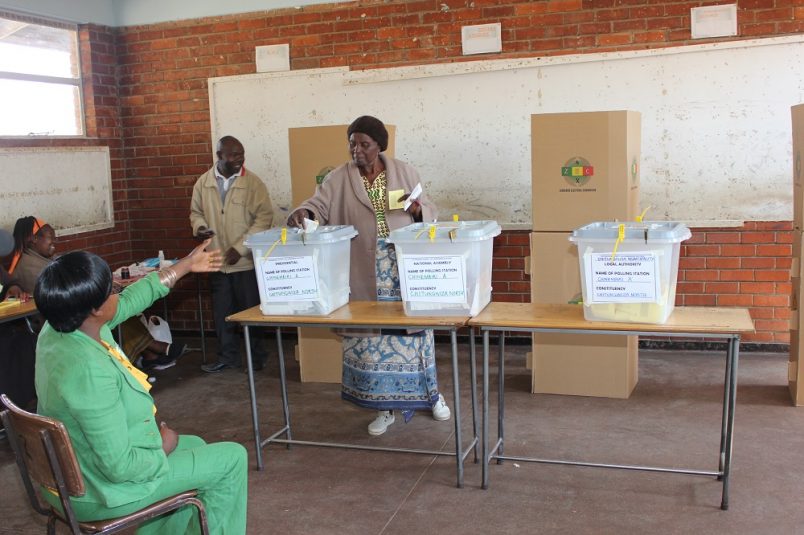 With little more than a week to go before Zimbabwe holds the first elections without Robert Mugabe in a generation, the current President Emmerson Mnangagwa of the Zimbabwe African National Union-Patriotic Front (ZANU-PF) holds a slight edge in polls conducted by the Ghana-based Afrobarometer organization.

Forty percent of registered voters surveyed said they would vote for the ZANU-PF presidential candidate, while 37 percent said they support Nelson Chamisa, the Movement for Democratic Change candidate who emerged following the death of party leader Morgan Tsvangirai in February 2018.

Afrobarometer surveyed 2,400 registered voters across 10 Zimbabwe provinces. Another 20 percent of voters said they don’t know who they’ll choose or don’t plan to vote, while three percent will vote for other candidates. In addition to the presidential race – the first since the long 30-year tenure of Mugabe – Zimbabwe will elect local and parliamentary governments.

“At least on the surface, the 2018 election is unfolding in a somewhat more open political atmosphere than the country’s previous contests, which were often marred by violent intimidation and disputed results,” Afrobarometer said. “The opposition has been permitted to campaign throughout the country, and access to the election proceedings has been granted to a wide spectrum of international observers.”

But undercurrents of concern remain, they said, about the independence of the Zimbabwe Electoral Commission, the illicit distribution of public largesse by the ruling party, and the unknown intentions of the security forces, which in the past have repeatedly shored up ZANU-PF against any loss of political power.