Home>News>HRW calls for accountability in Guinea's electoral violence
By AT editor - 24 July 2018 at 7:58 am 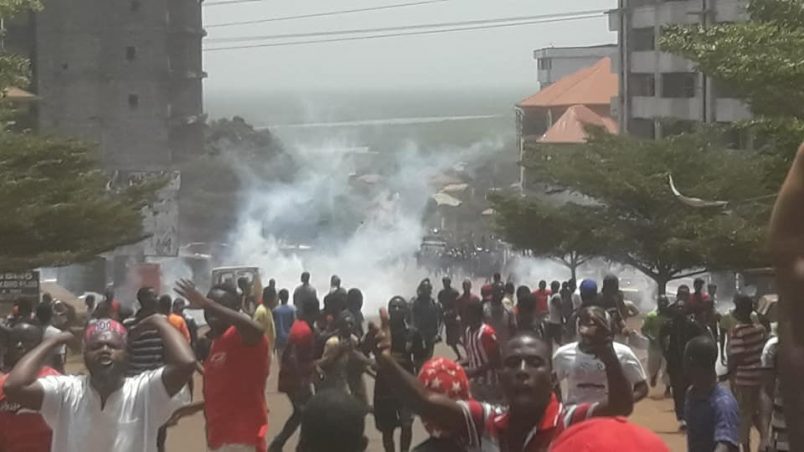 Authorities in Guinea have yet to take seriously the allegations of abuses by government security forces during violent street protests that rocked the small West African nation following its February elections.

That’s according to a new report issued Tuesday by Human Rights Watch, which found “credible evidence that Guinea’s security forces used excessive lethal force” during the NGO investigation and its interviews with dozens of witnesses in Conakry during April and May.

“Three months after Guinea’s latest round of bloody election violence the authorities have taken no concrete steps to investigate and sanction those responsible,” said Corinne Dufka, West Africa director at Human Rights Watch. “The only way to break Guinea’s cycle of political violence and to provide justice for the victims is to conduct credible investigations and hold those implicated accountable.”

No member of the police or gendarmes has been arrested or charged, HRW said. Political opposition leader Cellou Dalein Diallo, head of the Union of Democratic Forces of Guinea (UFDG), said President Alpha Condé and the ruling Rally of the Guinean People Party (RPG) government lack the political will to investigate deaths that primarily affected communities aligned with the opposition.

Political affiliation in Guinea tracks closely with ethnic identity, and the country has a history of electoral violence. The February 4 local elections, which were the first since 2005, were postponed multiple times since 2010 as the government and opposition failed to reach an agreement on how to organize them.