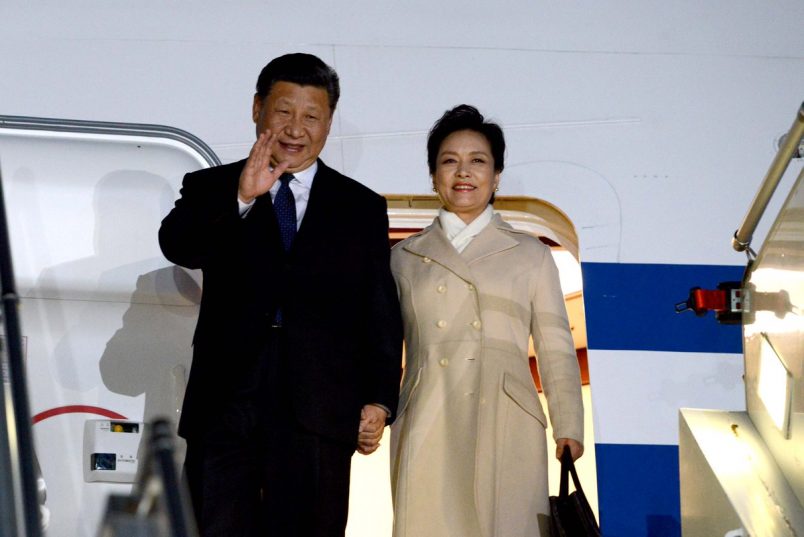 Chinese President Xi Jinping has arrived in South Africa for what is his third state visit, ahead of the BRICS summit in Johannesburg to begin Wednesday.

He’ll hold talks with South African President Cyril Ramaphosa today in Pretoria, with a focus on strengthening bilateral cooperation between the two nations, according to South African officials.

Xi, who arrived Monday night, said that relationship has “developed in an all-round and in-depth way,” and across two decades has become a comprehensive strategic partnership.

BRICS gathers the world’s five major emerging economies – Brazil, Russia, India, China and South Africa – and will offer Xi an opportunity to discuss cooperation and development with emerging-market nations particularly in Africa. He will attend the BRICS Business Forum while there.

A signed editorial from Xi ran in South African media on Sunday ahead of his visit. The relationship between China and South Africa has “served as a model for China-Africa relations, for South-South cooperation and for unity and cooperation among emerging market countries,” he said, adding that it  offers valuable experience for building an even stronger community between China and Africa.

South Africa was Xi’s next stop after visits to Senegal and Rwanda, where President Paul Kagame also hosted Indian Prime Minister Narendra Modi. He will visit Mauritius during a stopover following the BRICS Summit, which runs through Friday.