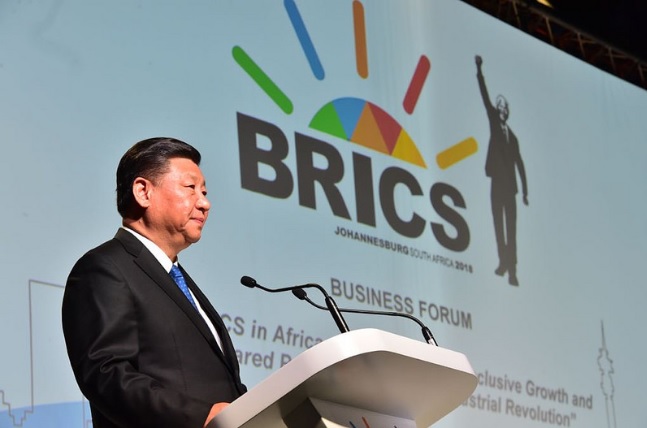 China’s President Xi Jinping delivered an address to the BRICS Business Forum on Wednesday that urged leaders to seize an unprecedented moment of global opportunity while warning against the rise of nationalism, a pattern seen in the United States and some European countries.

That’s happening in the context of rapid technological change, and what he described as a “profound reshaping” of the global order. “Geopolitical hotspots keep emerging, and the dark shadow of terrorism and armed conflicts still haunts us,” Xi said. “Unilateralism and protectionism are mounting, dealing a severe blow to multilateralism and the multilateral trading regime. The international community has reached a new crossroads; and we are facing a choice between cooperation and confrontation, between opening-up and a close-door policy, and between mutual benefit and a beggar-thy-neighbor approach.”

The Chinese leader pointedly spoke out against trade wars in which there is no winner, and economic hegemony that will hurt only those who practice it.

A complete copy of Xi’s remarks is available from Chinese news agency Xinhua.