Home>News>Chamisa encourages MDC voters in final push toward the polls
By AT editor - 25 July 2018 at 9:14 pm 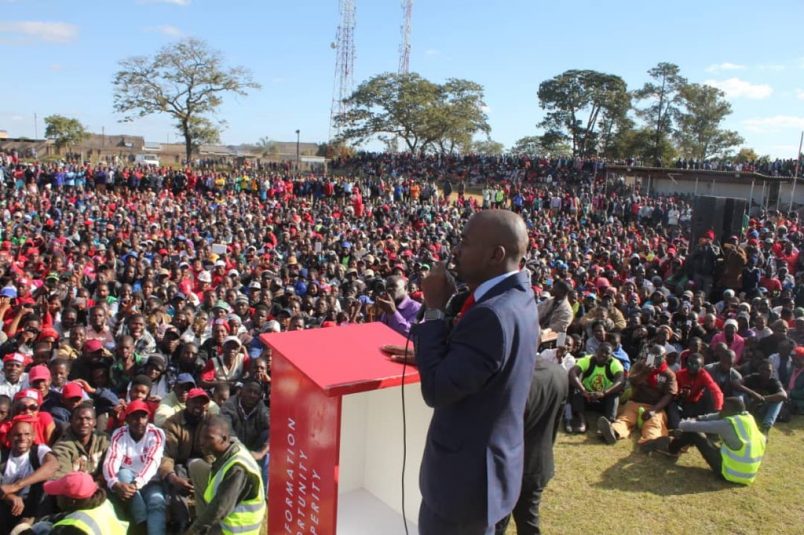 With just four days before Zimbabwe’s presidential election – one that’s shaping up to be a close and competitive race – main opposition candidate Nelson Chamisa and his MDC Alliance are encouraging voters to be sure to go to the polls despite rumors and concerns over the legitimacy of the election.

Chamisa, speaking from a press conference at Morgan Tsvangirai House on Wednesday, vowed to see his campaign through without any boycott at the polls amid concerns that the Zimbabwe Electoral Commission will fail to deliver credible results.

“Chamisa expressed confidence of winning in the coming election and urged people to prepare for victory celebrations,” the party said in a statement.  “He assured the nation that the MDC Alliance has put in place various anti-rigging measures which will ensure that the people’s victory is safeguarded.”

Chamisa later held political rallies in Murombedzi and Norton, among dozens held in recent weeks, and plans a handful of others before wrapping up his campaign in Freedom Square in Harare on Saturday.

Zimbabwe will hold its elections on Monday.  In addition to the presidential race – the first since the long 30-year tenure of Robert Mugabe – Zimbabwe will elect local and parliamentary governments.

Mnangagwa has threatened to arrest Chamisa if he stirs up the public and causes chaos in response to the election.