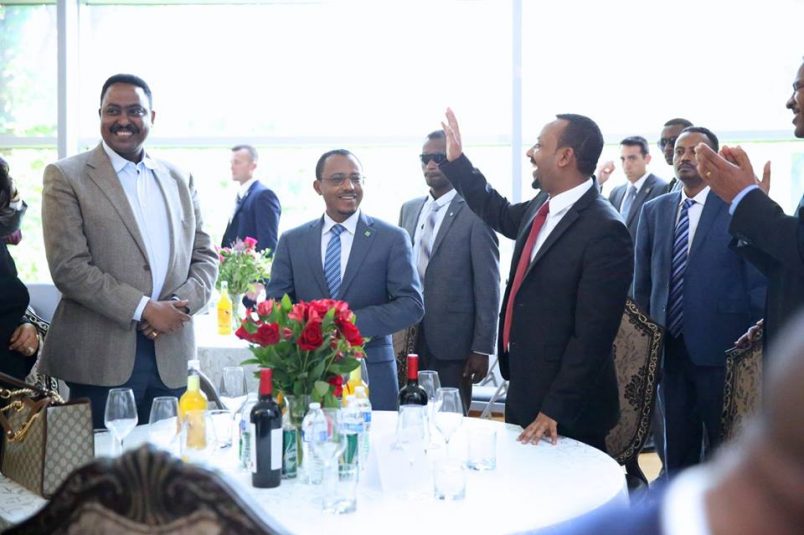 Ethiopian Prime Minister Abiy Ahmed continues his outreach tour in the United States on Saturday with a gathering for the diaspora in Washington D.C., part of a concerted effort to encourage Ethiopians who have left the country to return home and build its future.

Abiy’s meeting at the Walter E. Washington Convention Center is followed by similar events in Los Angeles on Sunday and in Minneapolis, home to a large concentration of immigrants from the Horn of Africa, on Monday.

The “Break the Wall, Build a Bridge” tour comes as Abiy rapidly institutes progressive reforms in Ethiopia and widens the space for those who left – whether for educational and economic opportunity, or because of fears driven by political and ethnic repression – to return with confidence.

His visit to the U.S. is “unique in that its purpose is solely to engage the vast diaspora community, as opposed to meetings with community leaders and luminaries tucked as an aside to diplomatic trips,” said the Addis-based organization promoting the Abiy journey.

The Ethiopian prime minister also is meeting with international leaders during his tour, including U.S. Vice President Mike Pence and International Monetary Fund chief Christine Lagarde. In a readout released by the White House, the U.S. said it applauded Abiy’s measures to protect human rights, improve the business climate and make peace with Eritrea.

“The Vice President encouraged continued Ethiopian leadership in resolving regional conflicts in the Horn of Africa, as well as strengthening U.S.-Ethiopia trade and investment,” the statement said.