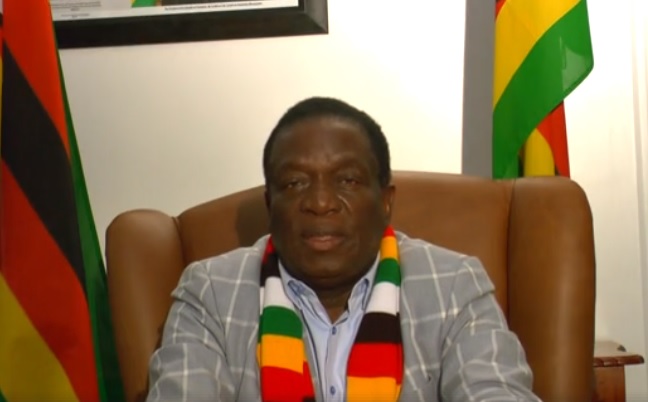 President Emmerson Mnangagwa of Zimbabwe was quick to strike back on the news that former president Robert Mugabe is supporting his opponent, Nelson Chamisa, the candidate of the main opposition MDC Alliance party.

“Now that it is clear to all that Chamisa has forged a deal with Mugabe we can no longer believe that his intentions are to transform Zimbabwe and rebuild our nation,” the president said in a message posted to his Facebook page.

“The choice is clear. You either vote for Mugabe under the guise of Chamisa or you vote for a new Zimbabwe under my leadership and Zanu PF. Real change is coming. We should all be part of it.”

Mnangagwa’s message came just hours before voters in Zimbabwe head to the polls on Monday, and as he finished his campaign at the National Sports Stadium in Harare.

Mugabe, the 94-year-old former head of the Zanu PF party who was ousted under military-assisted pressure last November after three decades in office, held an impromptu press conference Sunday to say he could not vote for the party, for “those in power” who forced him out.

He initially said he would choose from nearly two dozen other candidates rather than support Mnangagwa, but conceded that Chamisa was the only real challenger.

Chamisa, completing his own campaign at Freedom Square, did not directly comment. He held a press conference at the Miekles Hotel to announce that any result not in favor of his MDC Alliance would be fraudulent, drawing the ire of the Zimbabwe Electoral Commission for an alleged violation of campaign rules so close to opening of the polls.

The presidential race is expected to be close, with 40 percent of registered voters saying they support Mnangagwa and 37 percent choosing Chamisa, according to a recent Afrobarometer poll.