Home>News>Tense Comoros awaits results on Assoumani referendum
By AT editor - 30 July 2018 at 11:51 pm 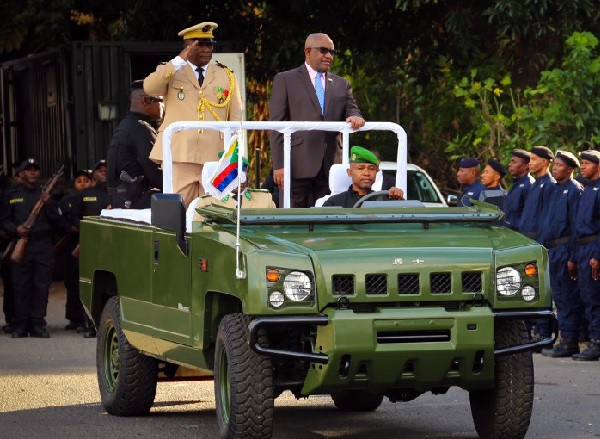 Officials in the Comoros said they’re still tallying the results of a divisive referendum that would allow current President Azali Assoumani to extend his term in the Indian Ocean island nation.

Interior Minister Mohamed Daoud said late Monday that 63 percent of voters participated across the three islands, with an 87 percent participation rate on Anjouan, according to local media reports. The Anjouan governor, along with that of Grande Comore, opposed the referendum, as did one of the country’s vice presidents. Another vice president, Moustoidrane Abdou, survived an assassination attempt less than 10 days ago.

Voting on the referendum, which would also end the practice of rotating the presidency among the islands, was marred by at least two violent incidents at polling sites in Moroni, the capital city on Grande Comore. One gendarme lost his hand in a machete attack that Daoud blamed on the JUWA opposition, citing witnesses who said they saw crowds coming from the JUWA headquarters.

Tensions in Comoros have escalated for weeks as the political opposition rallied against the referendum and called for boycotts, but JUWA leaders condemned the poll violence in a statement and extended condolences to the affected families.

Both the African Union and the United Nations expressed concerns over the growing threat of violence and issued appeals for calm on Sunday. UN Secretary General António Guterres called attention to repression of civil liberties and democratic rights ahead of Monday’s vote; Assoumani suspended the country’s high court in April, and at least three opposition party leaders were arrested during protests in June.

A delegation of the Eastern Africa Standby Force, which has been on the ground alongside COMESA representatives to conduct an observer mission in Comoros, is expected to discuss its findings on Tuesday.