Home>News>Zimbabwe election: Growing concern over a 'calm before the storm'
By AT editor - 1 August 2018 at 2:21 am 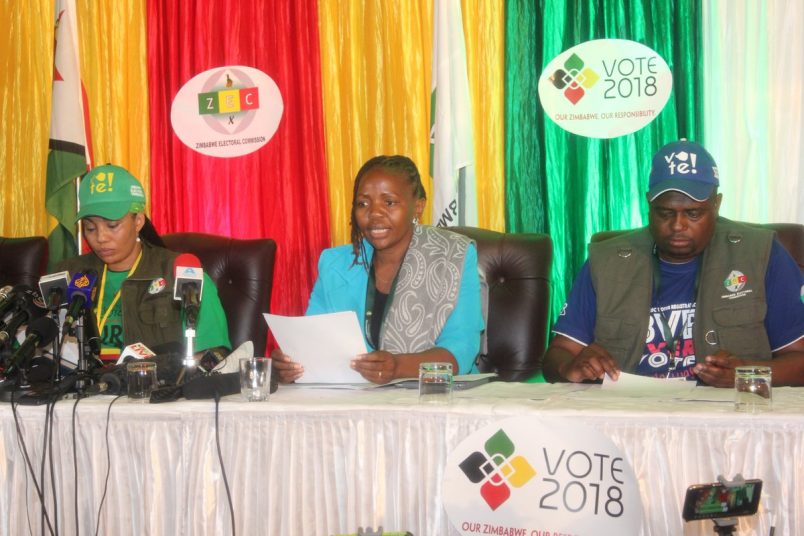 There’s restless confusion in Zimbabwe, as opposition candidate Nelson Chamisa and the MDC Alliance – as well as incumbent Zanu PF President Emmerson Mnangagwa – each suggest they will be the country’s new leader, without any formal confirmation of results from the Zimbabwe Electoral Commission (ZEC).

That’s leading to questions about missing poll verification forms, rumors of election tampering, and allegations that run from falsified documents to death threats against Chamisa, who is now under tighter security. The latter claim was made by MDC spokesman Tendai Biti on Tuesday, as both the voters and security forces took to the streets.

“It may be the calm before the storm. Scores of people who spoke to Human Rights Watch in Harare expressed concerns that violence could break out at any moment given delays in announcing the results of the closely contested election,” the international NGO said in an update Tuesday afternoon.

While anxious Zimbabweans waited, there were reports that Mnangagwa was meeting with security leaders even as the government threatened to arrest anyone providing unauthorized poll results. The warning specifically targeted politicians after Chamisa claimed to hold a strong lead early Tuesday, but may also include civil society networks like ZESN or Citizens Manifesto.

The latter’s independent tally has shown Chamisa in the lead, which aligned with a Zimbabwe Today account that said, based on unnamed ZEC sources, he was ahead by about 350,000 votes with 56 percent counted.

While the ZEC remains within the legal time window for publishing results, the Election Resource Center in Zimbabwe said the MDC Alliance was preparing a court application to force ZEC to release election results.