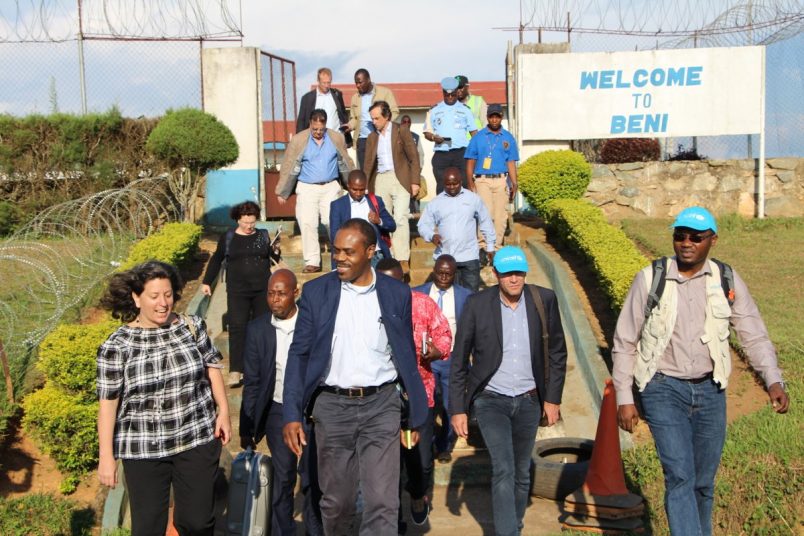 A new Ebola outbreak in the Beni region of Democratic Republic of Congo has claimed at least 20 lives so far, according to the country’s Ministry of Health. Twelve experts from the ministry, based in Kinshasa, arrived in the Mangina and Mabalako communities on Thursday, with doctors, laboratory technicians, epidemiologists and clinical psychologists setting up a mobile health lab to address the crisis.

Four of the other six people hospitalized with symptoms also tested positive for Ebola virus, after samples were processed at the National Institute of Biomedical Research (INRB) on Tuesday.

The latest outbreak comes just a week after the World Health Organization declared the official end of the previous outbreak in the country’s northwest. That’s some 2,500 kilometers away, said health minister Dr. Oly Ilunga, and the two outbreaks are not considered related.

“Although we did not expect to face a tenth epidemic so early, the detection of the virus is an indicator of the proper functioning of the surveillance system,” Ilunga said.

The WHO is supporting Congolese efforts in the region. “Ebola is a constant threat in DRC,” said Tedros Adhanom Ghebreyesus,” the WHO director general. “We will fight this one as we did the last. We have started moving staff and supplies to the affected area.”

The outbreak comes amid a nursing strike in the DR Congo’s east, and local officials are concerned that the new Ebola outbreak will be difficult to contain without their assistance. UNICEF, the World Bank and MONUSCO also are assisting in the field.