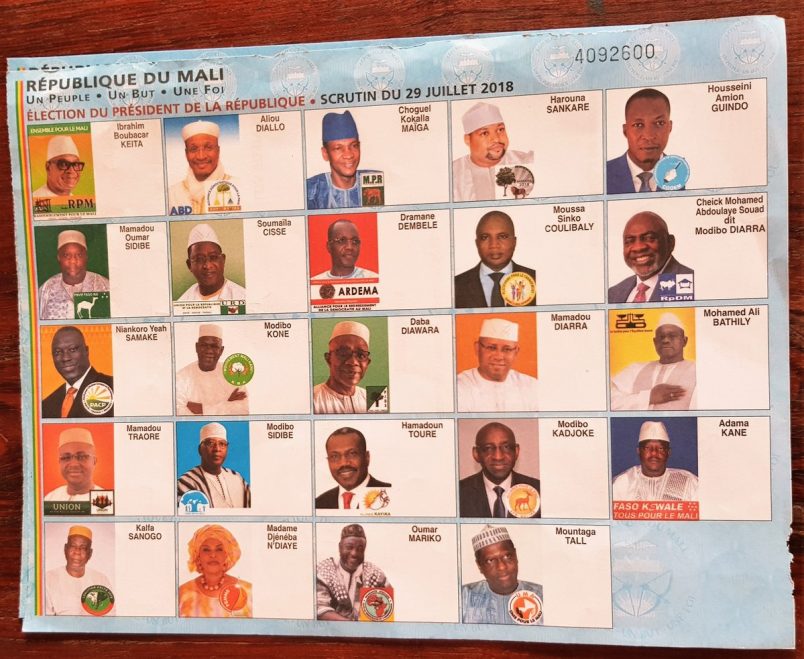 Keïta, the EPM party’s incumbent candidate, received 41.4 percent of votes cast on Sunday, according to the Ministry of Territorial Administration responsible for Mali’s elections. Cissé was the runner-up with 17.8 percent of the vote. While there’s a wide gap between them, the August 12 runoff is required if no candidate reaches the 50-percent vote threshold.

There’s also been a claim from ADP candidate Aliou Diallo, who says he received enough of the vote to earn a spot in a runoff election, but the results released Thursday showed he had just 8 percent of the total. There were 24 candidates on the ballot, 18 of whom, including Diallo and Cissé, have protested the process and results.

The tallies come amid concerns over legitimacy because the polls were closed at 716 stations for various reasons. Violence in the country’s north and central regions interfered with poll operations, with incidents that included sites that were burned down by suspected jihadists, and polling locations where they were ransacked and workers were assaulted.

On Tuesday, the European Union observer mission noted that most locations were calm and voting procedures were followed in other regions. However, Cécile Kyenge, the head of the EU mission, called on the Malian government to provide a detailed list of the locations where voting was suspended.

The EU team has met with their African Union counterparts, who also provided a detailed assessment of Mali’s elections and condemned the violence, particularly around Mopti, Segou and Timbuktu.