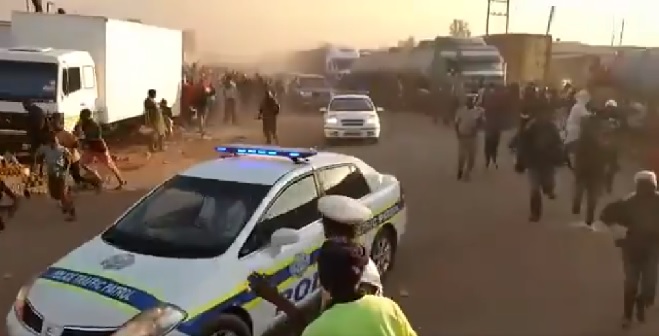 Congolese politician Moïse Katumbi was still in neighboring Zambia on Saturday, after hopes for a jubilant welcome at the border turned to dismay when the Democratic Republic of Congo refused to let him enter.

The government said Friday that his plane from South Africa could not arrive at the Lubumbashi airport without necessary approval of aviation authorities, so the “Together for Change” coalition party candidate seeking to challenge President Joseph Kabila tried to arrive in Kananga Province by land.

Katumbi was turned away at the Kasumbalesa border crossing, he said. He promised to continue the fight, refusing in his Saturday-night message to accept a “parody” of an election, but he’ll need to register as a candidate for the long-delayed December election by an August 8 deadline.

Katumbi’s “Together for Change” coalition party announced on Monday that their candidate would return by way of Katanga, where the exiled Katumbi once served as governor. In a letter sent from Kinshasa, they appealed to civil and military authorities to assure the security of his delegation.

He was denied access; instead, a new arrest warrant for Katumbi was issued pending his arrival. Katumbi has lived in exile since the Kabila administration convicted him in absentia to three years in prison on real estate fraud – a charge Katumbi denies as politically motivated. His campaign also has denied new accusations that he planned to overthrow the Kabila regime by force.

Katumbi also has faced questions on whether or not he remains a Congolese citizen eligible to run for office. Katumbi held Italian citizenship from 2000 to 2017, with the Congolese government arguing that he relinquished his right to run and refusing to issue a passport.

Katumbi supporters in the Katanga province who met with its governor on Saturday said they were harassed by security forces and prevented from going to the Kasumbalesa crossing to meet him.

Image: Together for Change