Home>News>Cape Verde arrests 4 under stronger sea turtle protection laws
By AT editor - 10 August 2018 at 6:16 am 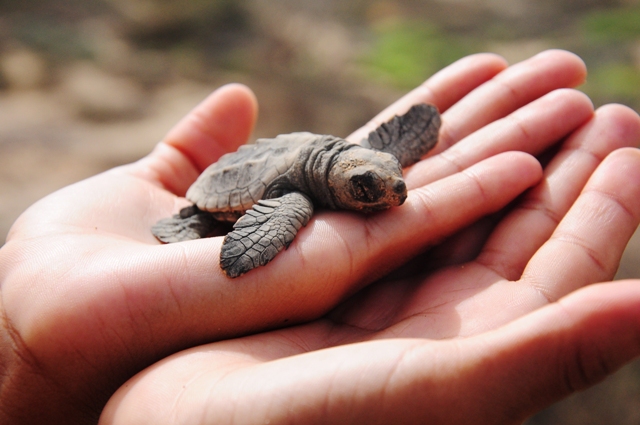 Environmental groups in the Cape Verde islands praised authorities for the arrest of four men who are charged with killing protected sea turtles, the first such arrests since tougher wildlife legislation was enacted in 2017.

Biosfera, an NGO based on São Vicente, thanked police working in Santo Antão who pulled the suspects over as they traveled in a vehicle from the beach. They also praised Projecto Vitó, a marine wildlife organization that worked with law enforcement to confirm the turtles had been intentionally killed.

It’s likely that they planned to eat or sell the meat, which is illegal, according to a report from Lusa, the Portuguese news agency.  Biologist Gilda Monteiro of Projecto Vitó said a difficult economy has led some Cape Verdean families to capture similar sea turtles, about one meter long, for their meat.

“We cannot prove it, but we have several complaints from people who saw turtle meat being sold in buckets on the street,” Monteiro said.

The organization based in São Filipe has volunteers who help to protect marine habitats on the West African islands, and teams who guard the beaches to ensure the turtles are not illegally captured, which now carries a six-month prison term. It’s not possible to eliminate all of the activity though, and meat consumption has continued although the sea turtles have been legally protected since 2002.

Cape Verde is an important habitat for loggerhead and other turtles, including the fairly recently returned olive ridley now spied on the islands. It’s also a sanctuary for marine and migratory birds.