Home>News>Mnangagwa inauguration on hold as MDC files legal challenge
By AT editor - 10 August 2018 at 11:19 pm 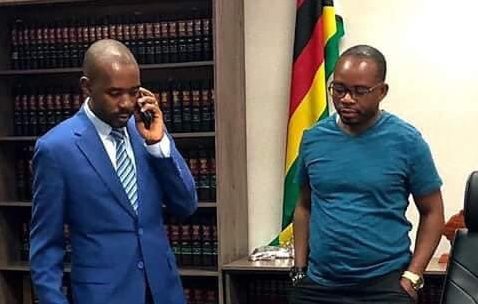 In Zimbabwe, the inauguration of President Emmerson Mnangagwa has been postponed following a legal challenge to the July 30 election that gave Mnangagwa a narrow win.

“Our legal team successfully filed our court papers,” said Nelson Chamisa, the Movement for Democratic Change (MDC) Alliance candidate who has consistently refused to accept the official results of the Zimbabwe Electoral Commission (ZEC) in favor of Mnangagwa. “We have a good case and cause.”

Chamisa urged his supporters to remain calm. “We have the evidence,” he said, adding that information would be released after the Constitutional Court filing was complete.

With the MDC lawyers claiming election irregularities and meeting the filing deadline on Friday, Zimbabwe announced that Sunday’s inauguration plans at the National Sports Stadium in Harare were on hold. The event was expected to draw African heads of state including President Cyril Ramaphosa of South Africa and Botswana’s President Mokgweetsi Masisi.

There was no immediate comment from Mnangagwa, who received 50.8 percent of the vote, the ZEC said. He has stressed the rule of law in remarks since the election, as Zimbabwe has grappled with post-electoral violence and widespread reports of repression and human rights violations directed at the political opposition since results were announced a week ago.

At least 27 people were arrested in clashes and later released on bail. Also arrested despite seeking asylum in Zambia was MDC leader Tendai Biti, who was returned to Harare on incitement charges despite an international outcry.

He was released after Mnangagwa intervened, the president said, in a renewed appeal for unity on Thursday.