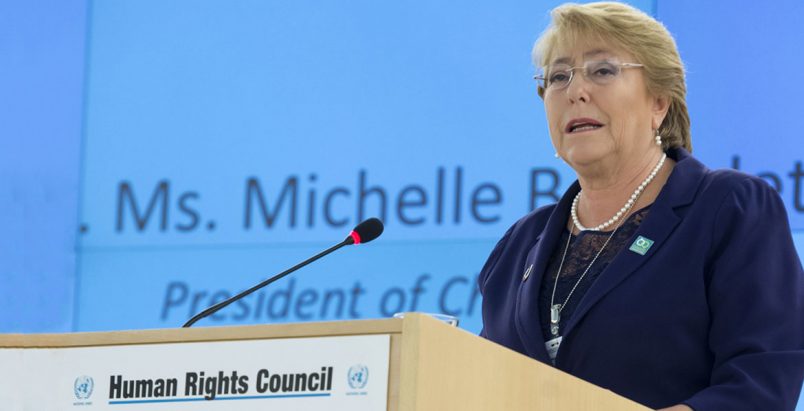 Former president of Chile Michelle Bachelet has officially been appointed as the new United Nations High Commissioner for Human Rights, following a vote Friday at the UN General Assembly in New York.

The Bachelet announcement was warmly received by UN Secretary General António  Guterres, who called her “a pioneer, a visionary, a woman of principle and a great human rights leader for these troubled times.” For her part, Bachelet said she was deeply humbled and honored by the selection.

Guterres noted her leadership as the first head of UN Women, and her two-term tenure as president of Chile, where her own family was once targeted by the political regime.

“She has lived under the darkness of dictatorship,” Guterres said. “As a physician, she knows the trials of people thirsting for health and yearning to enjoy other vital economic and social rights. And she knows the responsibilities of both national and global leadership.”

Bachelet will take over at OHCHR on September 1, replacing Zeid Ra’ad Al Hussein, who has held the office since September 2014 and announced last year that he would not seek another term. Zeid praised the UN decision in a statement that warned that hatred and inequality are on the rise – and that he could not think of a better choice to meet the challenges.