Home>News>Report: Poll chief killed near Timbuktu during Mali runoff election
By AT editor - 12 August 2018 at 6:37 pm 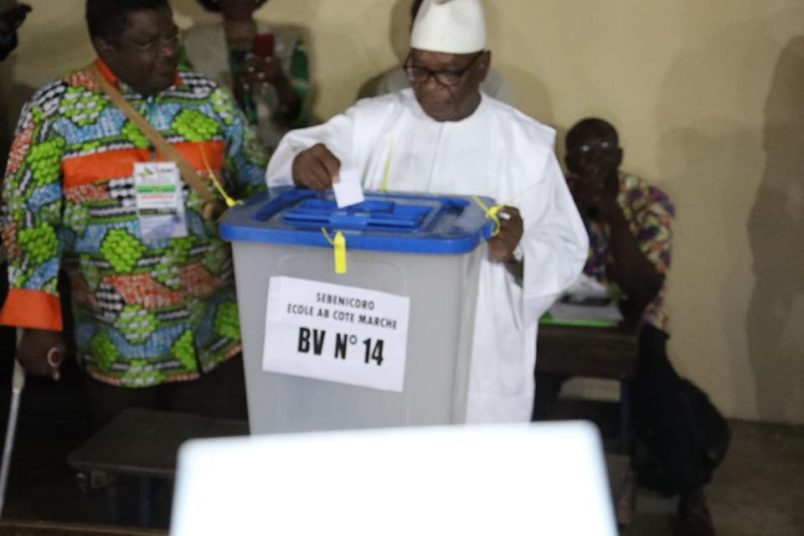 Keïta, the EPM party’s incumbent candidate, received 41.4 percent of votes cast in the July 29 election, according to the Ministry of Territorial Administration responsible for Mali’s elections. Cissé was the runner-up with 17.8 percent of the vote. While there was a wide gap between them, the August 12 runoff was required because no candidate reached the 50-percent vote threshold.

As the runoff vote moved forward, Malian media reported the assassination of a polling station chief in Timbuktu. it was the first serious report of the violence that had marred the initial round of voting in the country’s north and central regions. Those episodes closed 716 polling stations as election workers were assaulted, and sites were ransacked and burned down by suspected jihadists.

Those barriers meant that an estimated 250,000 people were prevented from voting, and touched off protests from Keïta challengers who claimed the security situation was manipulated in Keïta’s favor. Of the initial 24 candidates on the ballot, 18 of them – including Cissé – questioned the final tally.

In a statement Friday, Cissé again described the original contest as “political banditry” but assured supporters he was committed to continue. Many of them protested against the alleged electoral fraud at the weekend, as Cissé said that despite obstacles created by Malian officials the second round was a new opportunity for legitimacy and democracy.

European Union and African Union observers who expressed concern over the initial election remain in Mali.