Home>Commentary>The dust in the wind: Africa's efforts to restore degraded land
By Laureen Fagan - 13 August 2018 at 2:26 am 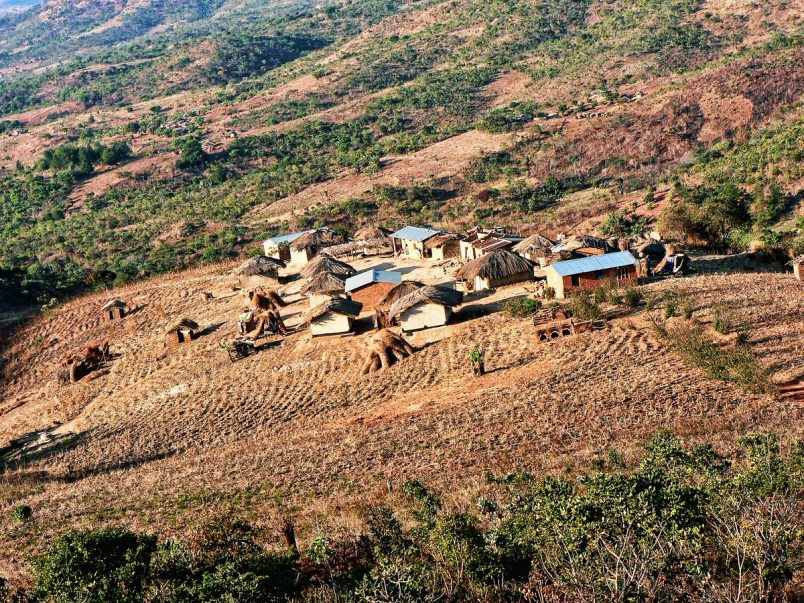 African dust has been getting a lot of media attention in Europe and the United States, as it contributes to everything from the yellow-tinged skies of Portugal during the recent Iberian Peninsula heat wave to the suppression of storm formation in this year’s slow Atlantic Ocean hurricane season.

It is blowing across the Caribbean and into the southern U.S. states of Florida and Texas, and with it concerns over the links between Saharan dust and human respiratory problems, coral diseases, and even the red tides – algae blooms that are wreaking havoc this year on marine life in coastal Florida.

“It will be important going forward to understand this mega-dust generating region because the dust plays a role in the Earth’s climate and even meteorological processes,” noted international expert Marshall Shepherd, director of the University of Georgia’s (UGA) Atmospheric Sciences Program and a former research meteorologist for NASA.

He was referring specifically to the Bodélé depression in northern Chad, where the ever-dwindling Lake Chad was the size of the Caspian Sea a few thousand years ago. The Bodélé accounts for about half of the 400 to 700 million tons that blows from West Africa to other continents, but also into neighboring lands during Harmattan season, bringing with it public health concerns in the 26 countries of the sub-Saharan “meningitis belt.”

In fact, Saharan dust is transported to Amazonia, North America, Europe, the Middle East and China, according to a 2016 global assessment from the World Meteorological Organization, the United Nations Environment Program and the United Nations Convention to Combat Desertification (UNCCD). Its impacts aren’t always negative, there are many other sources of dust too, and there are still unanswered questions about how natural process intersects with human activity and climate change.

So if it’s important for the rest of the world to consider Africa’s dust in terms of our global climate future, it’s all the more critical for Africans to consider the changing climate conditions – heat, drought, land degradation – that contribute to increased soil erosion that makes all dust possible.

The consequences of African land degradation go well beyond the dust in the wind, and impact conflict and migration, food security and public health. The costs are visible in the cracked earth of Somalia, the instability of northeast Nigeria, the deforestation of Malawi, the migrant suffering in Libya. About 28 percent of African land is compromised at a cost of €56 billion per year, part of the larger €300 billion ($337 billion) per year across the planet, one German study found.

Climate change makes addressing the problem an urgent priority for African nations, many of them working collaboratively to achieve sustainable development goals (SDGs) along with stability. Fortunately, at COP22 in Marrakech in 2016, environmental ministers across Africa helped to kick off the “3S” Initiative, a project with the UNCCD, to halt the damage.

Fourteen countries, including original co-chairs Morocco and Senegal, make up the 3S task force to deliver on sustainability, stability and security. They range from Benin on the West African coast, to Zambia and Zimbabwe in the south, to the interior nations of Rwanda and Central African Republic. Like C.A.R., many of them – particularly the Sahel partners – know too well the security challenges that the 3S project seeks to address with an ambitious combination of green jobs and development projects.

For starters, they’re hoping to create 2 million jobs with special attention to African youth, while restoring 10 million hectares (24.7 million acres) of degraded land by 2025. “There is massive demand from countries for land-based jobs that support the reintegration of unemployed rural youth, returning and stranded migrants, Internally Displaced Persons (IDPs) and former combatants,” the 3S team says.

What that means in The Gambia, where lost soils contribute to poor yields and poverty, is the chance to restore 50,000 hectares of land while creating economic opportunity. That’s in a country recovering from years of dictatorship under former President Yahya Jammeh, and where far too many youth slipped through the “back door,” the Gambian expression for migrants heading across the Sahel to Libya.

“Pushed by the need to help their families, many young Gambians choose to make the long and dangerous journey to Europe. Countless migrants disappear into immigration detention centers or vanish in the sands of the Sahara,” the 3S organization says. “Those who are able to complete the journey are often dismissed as economic migrants and sent back home.” The initiative will create 25,000 jobs in agriculture, adjacent value chains, forestry and the eco-tourism sectors.

Sands in the hourglass

While the 3S countries pursue their funding and operational goals, the Action Against Desertification (AAD) program of the UN’s Food and Agricultural Organization has a presence in six African nations, most of which overlap with 3S participants.

A 2018 FAO report establishes a baseline in those countries for measuring AAD impacts, but also other sustainable management and restoration efforts such as the Great Green Wall for the Sahara and the Sahel Initiative (GGWSSI). In The Gambia, for example, village residents reported an increase in deforestation and an increase in forest fires, along with wind and soil erosion that in extreme cases caused them to abandon land altogether.

What the FAO concluded in its surveys was that households in all intervention areas saw many changes in the past 5 to 10 years, including rainfall patterns, temperature and water-resource vulnerability. Much like the sands of time, the dust of degraded lands appears to be slipping through the hourglass too, making the mission to restore African land resources all the more critical.