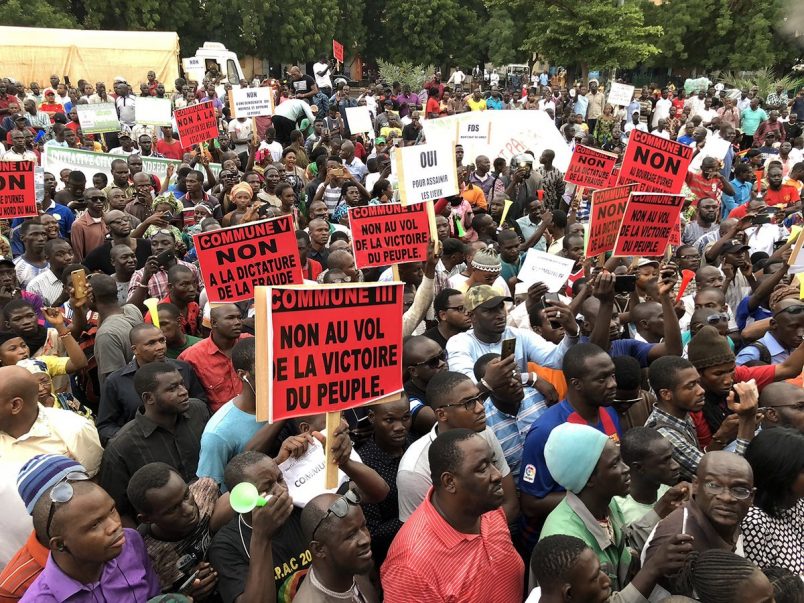 Cissé called on his supporters to rise up and refuse to accept a president elected by fraud. His remarks followed a campaign press release on Sunday claiming a detailed list of irregularities.

“Voter cards unavailable in many polling stations, electoral file uploaded online, proxy traffic, irregularities throughout the process of transmission and compilation of results, gross inconsistencies between the votes cast in percentage and the number of votes allocated, misleading counting minutes, impossibility to verify the exact number of localities in which the ballot was not held,” the URD said in the release. “The list was overwhelming for the government in charge of organizing this ballot.”

Meanwhile, Keïta and his EPM party praised the transparency and credibility of the ballot Tuesday.

Keïta received 41.4 percent of votes cast in the July 29 election, according to the Ministry of Territorial Administration responsible for Mali’s elections. Cissé was the runner-up with 17.8 percent of the vote. While there was a wide gap between them, and Keïta was expected to win, the August 12 runoff was required because no candidate reached the 50-percent vote threshold.

Sunday’s assassination of a polling station chief in Timbuktu was among the violent episodes that, while fewer, had marred the initial round of voting in the country’s north and central regions. Those episodes closed 716 polling stations as election workers were assaulted, and sites were ransacked and burned down by suspected jihadists.

That kept an estimated 250,000 people from voting, and touched off protests from Keïta challengers who claimed the security situation was manipulated in Keïta’s favor. Of the initial 24 candidates on the ballot, 18 of them – including Cissé – questioned the final tally.