Home>News>Libya closed Morandi-built bridge last fall because of safety fears
By AT editor - 15 August 2018 at 9:51 pm 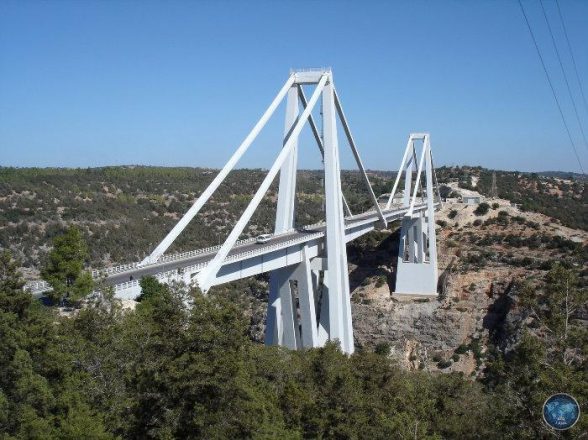 Authorities closed a bridge last fall in northern Libya after an inspection found potential fractures in the structure – one that’s identical to the bridge that collapsed Tuesday in Genoa, Italy, and designed by the same civil engineer.

The Wadi el Kuf bridge, completed in 1972 by Riccardo Morandi, is south of Sayyid along the Abraq Road that connects Derna with the Libyan interior and then routes west to Benghazi. It was closed by eastern Libya’s security authorities in October, and military police were directed to reroute all traffic for safety reasons, Libya’s Tripoli-based state news agency LANA reported.

It’s one of several bridges now under closer scrutiny since Tuesday’s failure of the Morandi bridge that carried the architect’s name. The tragedy in Genoa, where 39 people have died, is under investigation by the city’s public prosecutor for any signs of negligence in bridge maintenance or construction, even as search and rescue efforts continue.

Italian Prime Minister Giuseppe Conte visited the site Wednesday and promised to work with Mayor Marco Bucci and local officials to ensure safe routes through Genoa until the bridge can be replaced.

Meanwhile Autostrade, the Benetton-controlled operator of the motorway, said it was ready to prove it had met all contractual obligations on the news that its concession would be immediately revoked.

Italy’s tragedy put the unusual pre-stressed concrete bridge design in the international spotlight beyond Libya and Venezuela, where Morandi built another bridge. He also built the 100-meter Paul Sauer Bridge in South Africa, completed in 1956. Also known as the Storms River bridge, the arched structure remains in use along the scenic national route connecting Cape Town and Port Elizabeth.

Authorities in Madagascar have posted red warnings for much of the country’s north, as heavy…