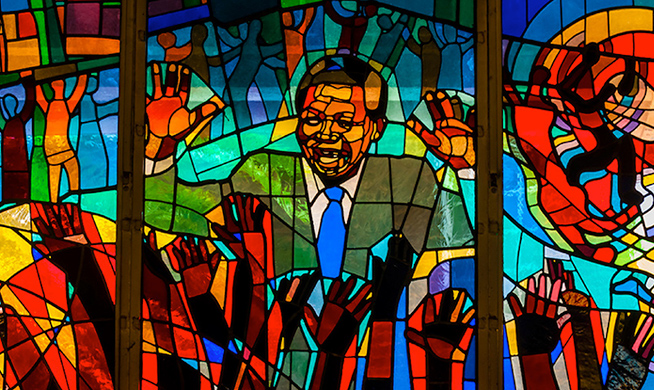 Traveling from the United States to South Africa this week is the Minnesota Orchestra, with its members completing a five-city performance tour – the first such visit by a professional U.S. orchestra.

The American guests, led by music director Osmo Vänskä, are performing alongside their South African counterparts in a “Music for Mandela” tour that features a premiere of Harmonia Ubuntu, a specially commissioned work from South African composer Bongani Ndodana-Breen.

The musicians and chorale group were invited as part of this year’s Nelson Mandela Centenary celebrations, and have completed performances in Cape Town and Durban. The concerts showcase South African, American and European musical traditions including works from Beethoven. 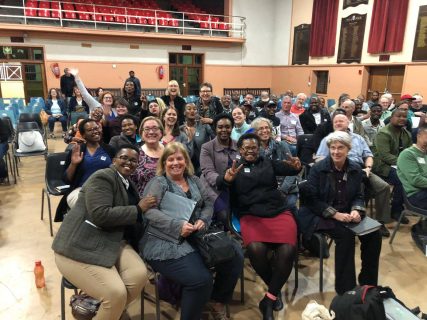 They’re next headed for Pretoria, where they’ll perform at the Aula Theatre Thursday. Vänskä, who previously served as guest conductor for the South African National Youth Orchestra in 2014, had a chance Wednesday to visit his young friends as they participated in a side-by-side rehearsal with the Minnesota Orchestra – complete with a video shared by the youth orchestra.

Yet what many look forward to is the chorale performance at Regina Mundi church in Soweto, an iconic location central to the anti-apartheid struggle. There the Gauteng Choristers – one of three to have performed at Mandela’s 2013 funeral – and the Minnesota Chorale will perform a traditional “Akhala Amaqhude Amabili” among other selections. They met Wednesday night for a final rehearsal.

The Minnesota Orchestra tour performances end in Johannesburg on Saturday.