Home>News>Sierra Leone marks anniversary of mudslide tragedy
By AT editor - 15 August 2018 at 5:23 am 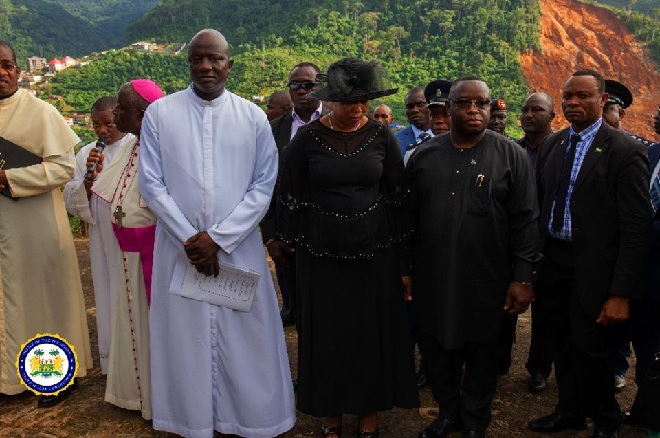 More than 1,000 people died after Sugar Loaf Mountain gave way, under heavy overnight rains that inundated settlements in its path and left another 10,000 people displaced. Moving forward, Bio said, Sierra Leone has implemented new measures to reduce the risk of the tragedy reoccurring.

The mountain is now an environmentally protected area and off-limits for building or development, while the government has banned stone mining, charcoal burning and fuel wood activity in the Sugar Loaf Mountain forest reserve.

The site itself will be converted to a national memorial to the victims and a place of reflection for visitors.

“This is not the time to apportion blame and responsibility as to whether this terrible tragedy was in fact a natural disaster that we had no control over or that it was a manmade disaster,” Bio said, referring to the many critiques of Sierra Leone policies including development and waste management.

The president noted that the West African nation is the world’s third-most vulnerable to climate change, and his government plans to respond effectively to future challenges.