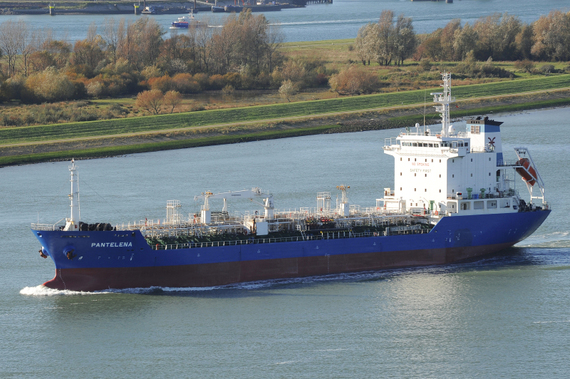 The government of Georgia says that 17 of its citizens are missing after an oil tanker fell silent in the Gulf of Guinea, a notorious global hotspot of piracy and ship hijackings on Africa’s western coast.

All contact has been lost with the Panamanian-flagged Pantelena, which was last heard from on August 14, according to the Georgian Ministry of Foreign Affairs in Tbilisi. It was en route to Gabon’s coastal capital of Libreville when it went missing, with a last known position 40 nautical miles from its destination.

A Batumi-based crew agency tells Georgian television station Rustavi 2 they are concerned the ship has been hijacked. Georgian news agencies also report there are two Russian nationals on the crew.

Georgia’s MFA says it is in contact with Lotus Shipping, the Pantalena operator based in Athens, Greece.

“The Ministry of Foreign Affairs together with the Marine Transport Agency of the Ministry of Economy and Sustainable Development are working with the shipping company to determine the situation,” the MFA statement said. They’re also working with regional naval authorities and the United Kingdom Maritime Center (UKMTO).

The Gulf of Guinea remains among the world’s most dangerous regions for shipping crews, according to a July 2018 report from the ICC International Maritime Bureau. Of 107 piracy incidents reported in the first six months of 2018 – including four hijackings – all 25 of the crew kidnappings have occurred in the West African waters. There were 102 crew members taken hostage during the time period.

“The true number of incidents in the Gulf of Guinea is believed to be significantly higher than what is reported to the IMB PRC,” the organization said.

Outside the Gulf of Guinea, the number of 2018 incidents decreased in other piracy hotspots. There were no reported incidents recorded off the coast of Somalia in the second quarter of 2018.