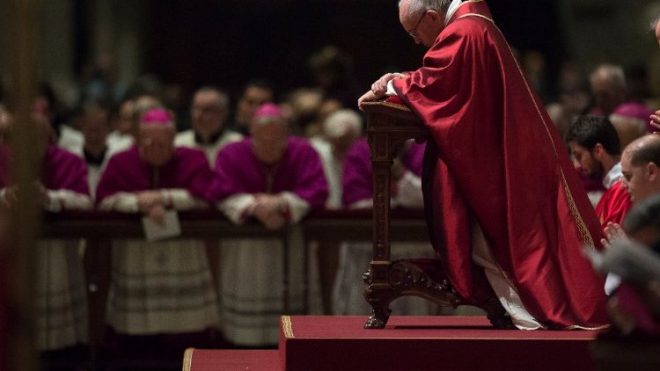 The letter Pope Francis sent Monday to the world’s Roman Catholics acknowledged the latest round of child sex-abuse scandals in the United States – yet his words reached across the globe to African Catholics too, just weeks after the Church’s nuns also spoke out about sexual abuse at the hands of priests.

“Looking back to the past, no effort to beg pardon and to seek to repair the harm done will ever be sufficient,” the pope said, referring to 1,000 victims across 70 years detailed in a new report issued by the attorney general’s office in the state of Pennsylvania.

“Looking ahead to the future, no effort must be spared to create a culture able to prevent such situations from happening, but also to prevent the possibility of their being covered up and perpetuated,” he added.

While specifically addressing the clergy crisis in the U.S., Pope Francis broadened his message to address all of the world’s 1.3 billion Catholics. They include 44 million in the Democratic Republic of the Congo, 28 million in Nigeria, and a total of 228 million across the continent, according to the Vatican’s latest numbers. Africans make up 17.6 percent of the Church, and many African priests and nuns serve in the U.S.

“I am conscious of the effort and work being carried out in various parts of the world to come up with the necessary means to ensure the safety and protection of the integrity of children and of vulnerable adults,” he said.

Those efforts include the work of the Pontifical Commission for the Protection of Minors, whose 17 members include Sr. Kayula Lesa of Zambia, Sister Hermenegild Makoro of South Africa, and law professor Benyam Dawit Mezmur of Ethiopia.

They also include training among Congolese Catholics last year in Kinshasa, and efforts to understand and prevent clergy sexual abuse in Chad, Madagascar and other nations. While there have been cases of sexual abuse involving children on the continent, more recent attention has included nuns abused by priests – including a case in Uganda.

To see the complete Pope Francis message, check this link.